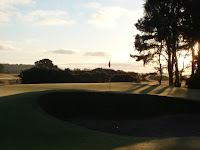 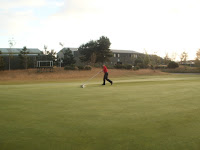 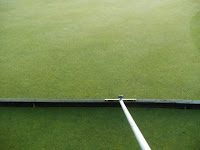 Greens dewied and cut then rolled behind.

Approaches were also rolled along with the Hogan (back) tees to firm them up. 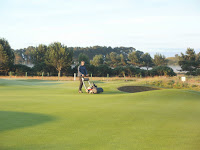 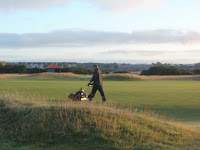 The stands to the left of the 18th green are near enough completion and the contractors were busy putting out the yardage markers/advertisement boards out on the tees. 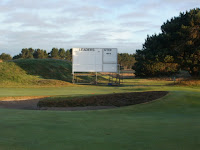 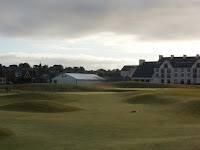 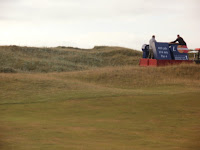 We also started to shape the bunkers up. 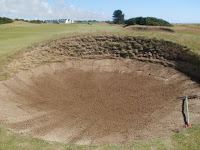 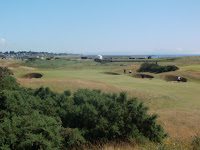 Today, the rain and wind had arrived.

Greens were brushed and double cut. Approaches and surrounds were cut along with verti cutting low areas of the fairways.

Other jobs included: trimming around the tee sprinklers, flymo/strimming the ditches and cleaning out the burn. 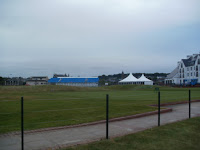 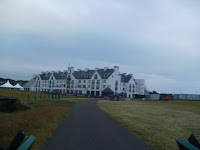 More rain forecast tomorrow, it wont be ideal weather for The Open.

Posted by Carnoustie Golf Links at 06:26