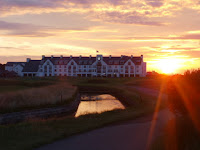 Friday the 13th, a bit cloudy to see the meteor shower early this morning.

I asked Sandy if he saw any stars, his reply was Stuart and Craig Kerr, whose band coincidentally are playing at The Big Gig in Carnoustie at the weekend (My Fallen Idea). The band is like Oasis and Boyzone put together.

greens were given a light top dressing to fill any holes up, brushed , cut and rolled. 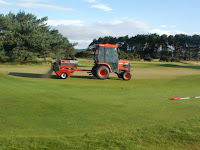 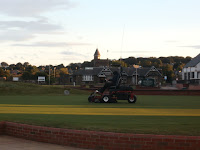 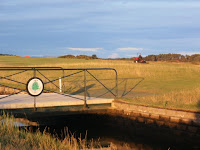 Here s a picture of the greens after the top dressing and rolling. 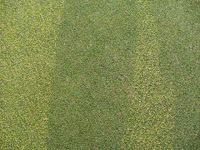 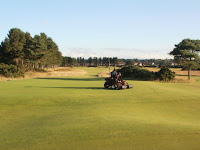 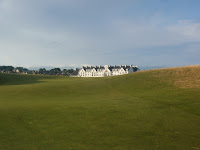 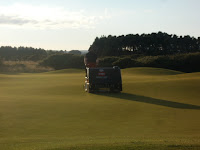 Last night and this morning greens that were still a little bumpy were pencil tined and double rolled behind.

The greens are running about 13 on the stimp now!!!

Posted by Carnoustie Golf Links at 02:13