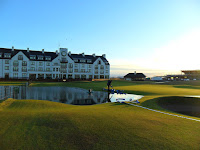 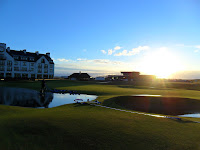 Starting with last weekend and snow shutting the course, followed by frost, rain and more rain leaving a lot of water on the surface. 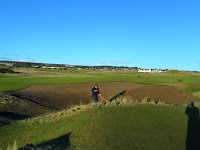 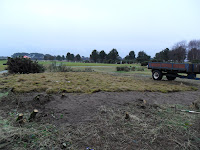 The job at the 11th fairway was put on the back burner again as the turf was frozen, so it was turfing areas where gorse had been cut back and trying prepare other areas for turf. 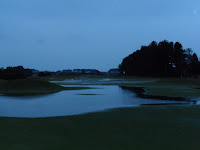 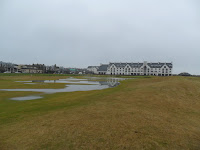 All this week the course has been shut. 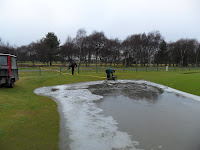 Some of the guys were out pumping water away and by Friday evening we had managed to open 14 holes for the weekend. 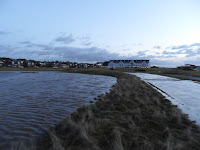 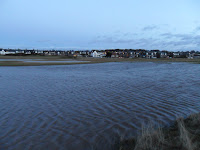 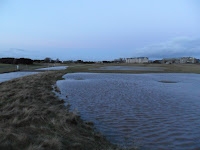 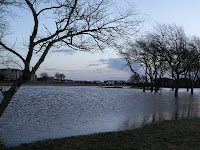 All was going well until yesterday afternoon when the heavens opened and the Barry Burn burst its banks leaving the 17th hole underwater.

Roll on next week!!

Posted by Carnoustie Golf Links at 04:12