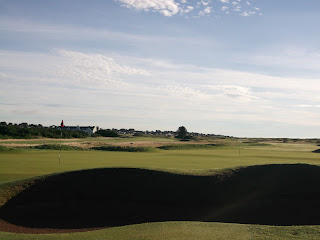 A week of dry weather for a change.
Last week was Tassie Week on the course.
http://www.carnoustiegolflinks.co.uk/tournaments/craws-nest-tassie
The final was played out between two local guys Scott Mann and Andy Fyfe. The latter winning 2 & 1. 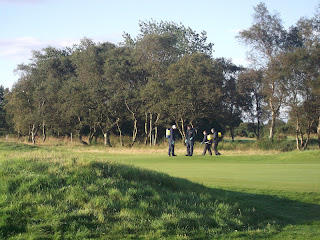 In the lead up to the week, greens were top-dressed along with approaches and normal maintenance was carried out including weed-killing. 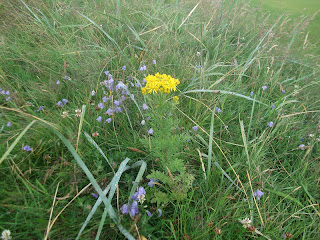 Not this one though, he was pulled out by hand. Ragwort is a native species of the British Isles. It contains Pyrrolizidine Alkaloids ( PAs) which are highly toxic to a range of animals including horses and cattle. The aim of pulling out this weed is to prevent and control the spread of ragwort where there is a threat to the health and welfare of animals. 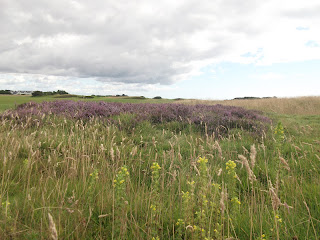 Other weeds/wildflowers were left as well including Birdsfoot Trefoil, Devil’s-bit Scabious, Clustered Bellflower and (pictured above) Yellow Bartsia - a flower quite rare in these parts. 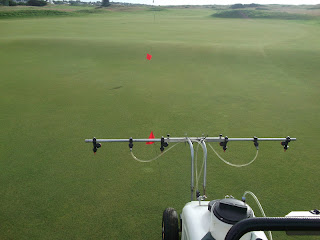 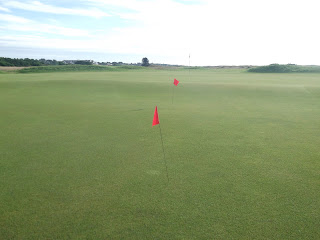 Areas on the greens were sprayed for pearlwort. There has been a lot this year with this damp weather. 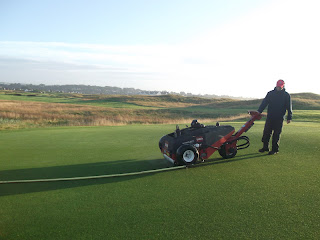 Hydroject has been out injecting more seaweed. 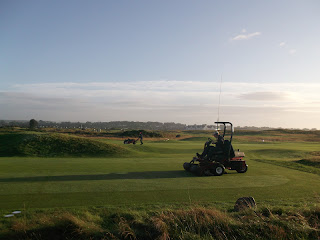 Today saw agronomist Richard Windows out on the course. Testing on our indicator greens took place (stimping, clegg hammer and moisture readings). I hope he writes a good report!!

Posted by Carnoustie Golf Links at 10:42