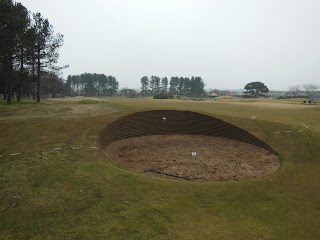 Another lot of bunkers built this week. Above bunker at 9th fairway was lowered and a new turf was put on the head. This was lowered due to a build up of sand over the years making the bunker higher and higher. 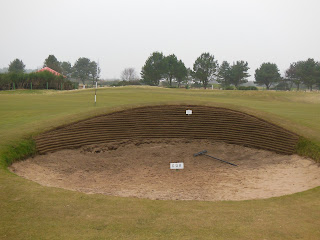 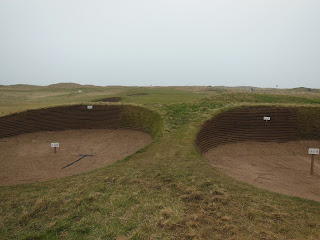 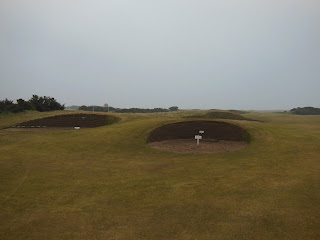 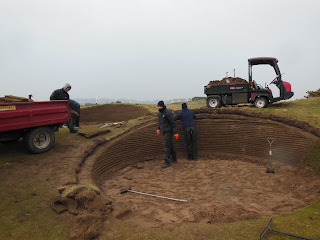 guys at the 15th approach 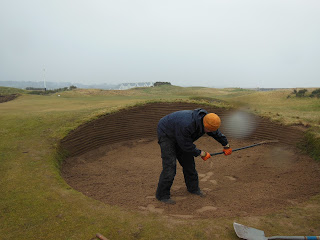 another one bites the dust! and the rain is here, maybe a bit more than we wanted but it keeps the newly laid turf moist. 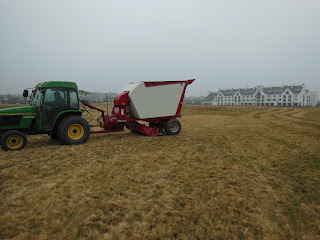 The roughs were all brushed up and dead grass/moss picked up with the TM brush. 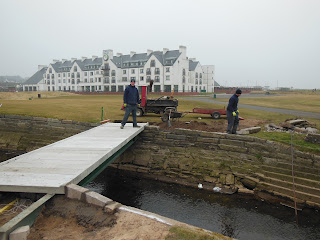 Bridge at the left hand side of the 1st nearly complete
As i said the other day a few of us were at the Scottish Bigga Conference. A few of the guys have taken away some information onboard and have tried to use this in their working day
If you were at the Scottish Bigga Conference you will know whats going on here if not, there was a video shown about a fish company from Seattle.
http://youtu.be/gNDP9jLuzXU

Posted by Carnoustie Golf Links at 11:26