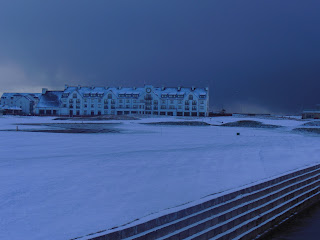 Last week a covering of snow kept the guys off of bunker revetments and turf preperations. 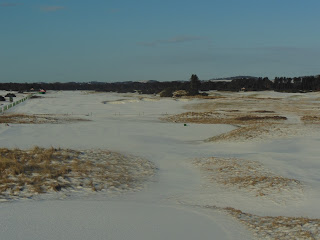 Course was closed on the Monday and Tuesday. 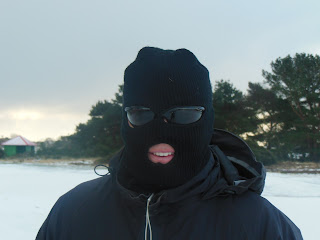 Some of the guys found better ways to cover up and keep warm more than others. 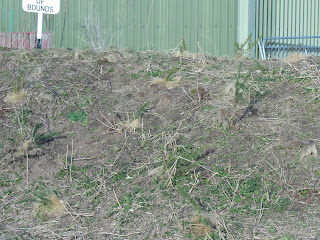 When the sun did come out it was quite warm. Gorse planting at the mound in front of the greenkeeping sheds. 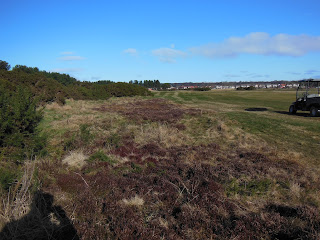 Odd bits of broom in the heather were cut right back to and stop the heather being smothered. 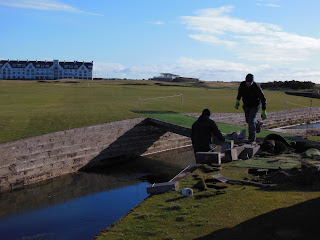 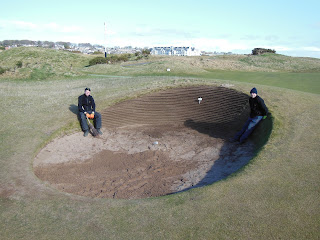 Bunker building continued by the end of the week, bunker at the 15th completed by the two younger guys Ross and Willy. Looking good. 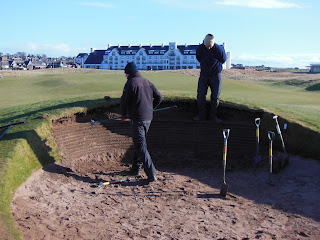 Bunker at 16th being built by Danie and Mark.
This week we move to the area between 10th and 11th fairways to prep and turf.