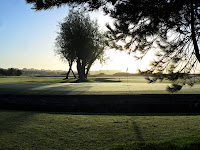 The calm after the storm. I'll start off with an apology, i did n't wish for that much rain, honestly!!

Over the weekend we had just under 50mm of rain, this was enough to close the Burnside on the Sunday morning. 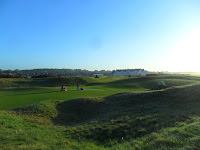 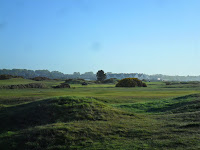 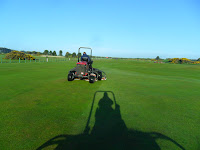 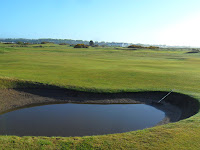 A good few bunkers have water in them from the rain and this was another job for the guys to tackle today.

Sad news at the weekend was the death of Seve Ballesteros.

Seve, started his dream of playing in The Open in 1975 at Carnoustie and in 2007 he was back to where it had started to announce his retirement. 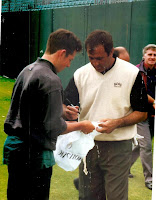 Posted by Carnoustie Golf Links at 07:22