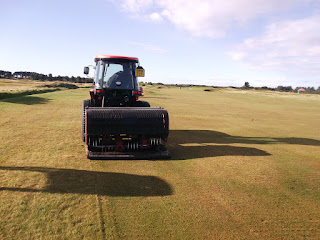 The weather on Monday was beautiful, it gave things a chance to dry out. The verti-drains were out on certain wetter fairways with 1/2" tines to allow some air in. Flooded bunkers were pumped out and the 10th green and surround was midi-cored, overseeded and top dressed. This green was the worst from the flooding, the coring was to try and break up the thin layer of silt that was on parts of the green. 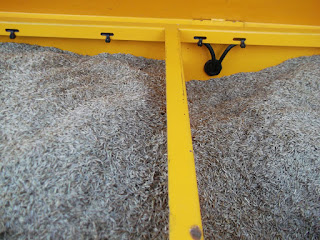 Monday night i was in to overseed some greens as the weather was good. We have a shot of a Vredo seeder from Panmure Golf Club our neighbours, everybody needs good neighbours!
http://www.panmuregolfclub.co.uk/Home/ 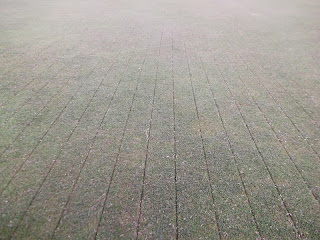 One pass with the seeder on greens and approaches with certain areas recieving a second pass. 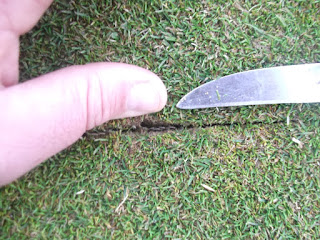 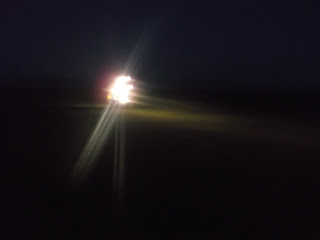 Got a bit carried away with the time. 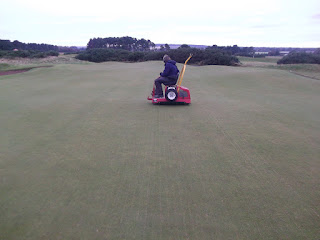 All greens completed on Tuesday and all greens being double rolled behind to cut down on disruption. 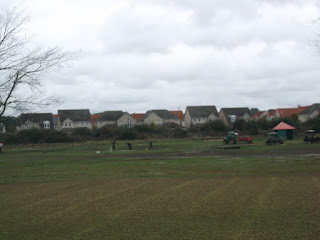 On Wednesday, the 10th fairway was cored, again to remove silt deposits from the Barry Burn. 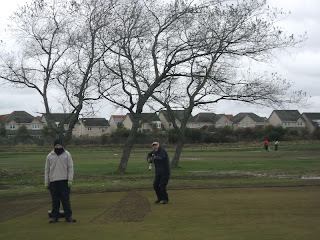 Dangerous Jimmy is involved. The fairway was then top-dressed and verti-drained with the 1/2inch tines. 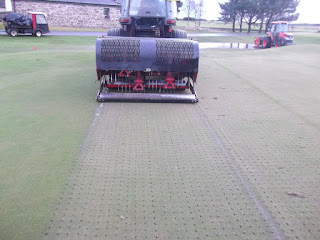 A nasty shower of rain through Wednesday afternoon, still left puddles on the 10th green. The decision was to verti-drain the green again with the 1/2inch tines. 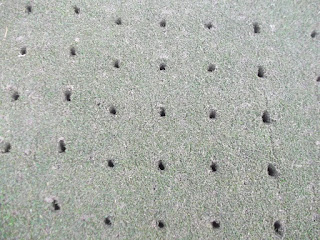 Once verti-drained the green was double rolled 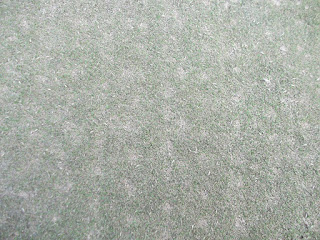 and top-dressed and then another double roll. This seems to have done the trick. Others jobs on this week were pumping water!!, spraying greens with Porthcawl and Revolution, coring tees, tractor training with Neil Christie http://plantoperatortrainingscotland.co.uk/ and spraying fairways with a mixture of Porthcawl and seaweed. 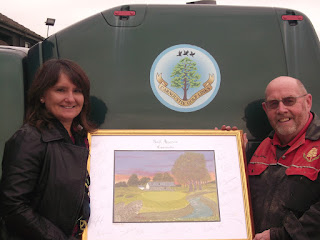 Posted by Carnoustie Golf Links at 02:41