Monday and Tuesday were public holidays last week for all the staff with certain boys in cutting greens, raking bunkers and moving markers.

On Wednesday, greens, approaches and surrounds were brushed then cut behind.

Thursday, we cut greens, cut tees, sprayed approaches and surrounds with wetting agent,semi roughs were cut and bunkers were flymoed and strimmed.

Friday, greens were cut and rolled behind. Fairways and approaches/surrounds were cut and bunkers were raked. The Saturday saw the Spring Meetings of the 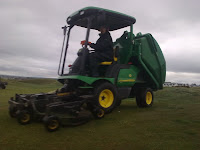 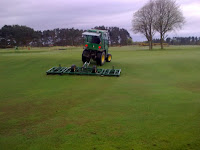 On Thursday afternoon a small group of greenkeepers had a chance of a course walk at the mecca of golf ( no not the Buddon), St Andrews. The guys were lucky enough to be shown round by Gordon Moir (Director of Greenkeeping) and Jon Wood (Deputy Course Manager Old Course). 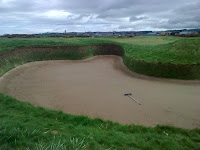 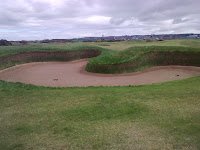 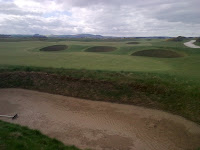 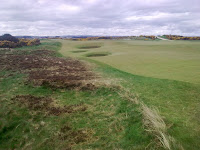 Below, John reminiscing about the old days when he worked at "The Auld Grey Toon" 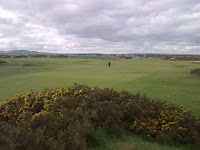 Posted by Carnoustie Golf Links at 08:08