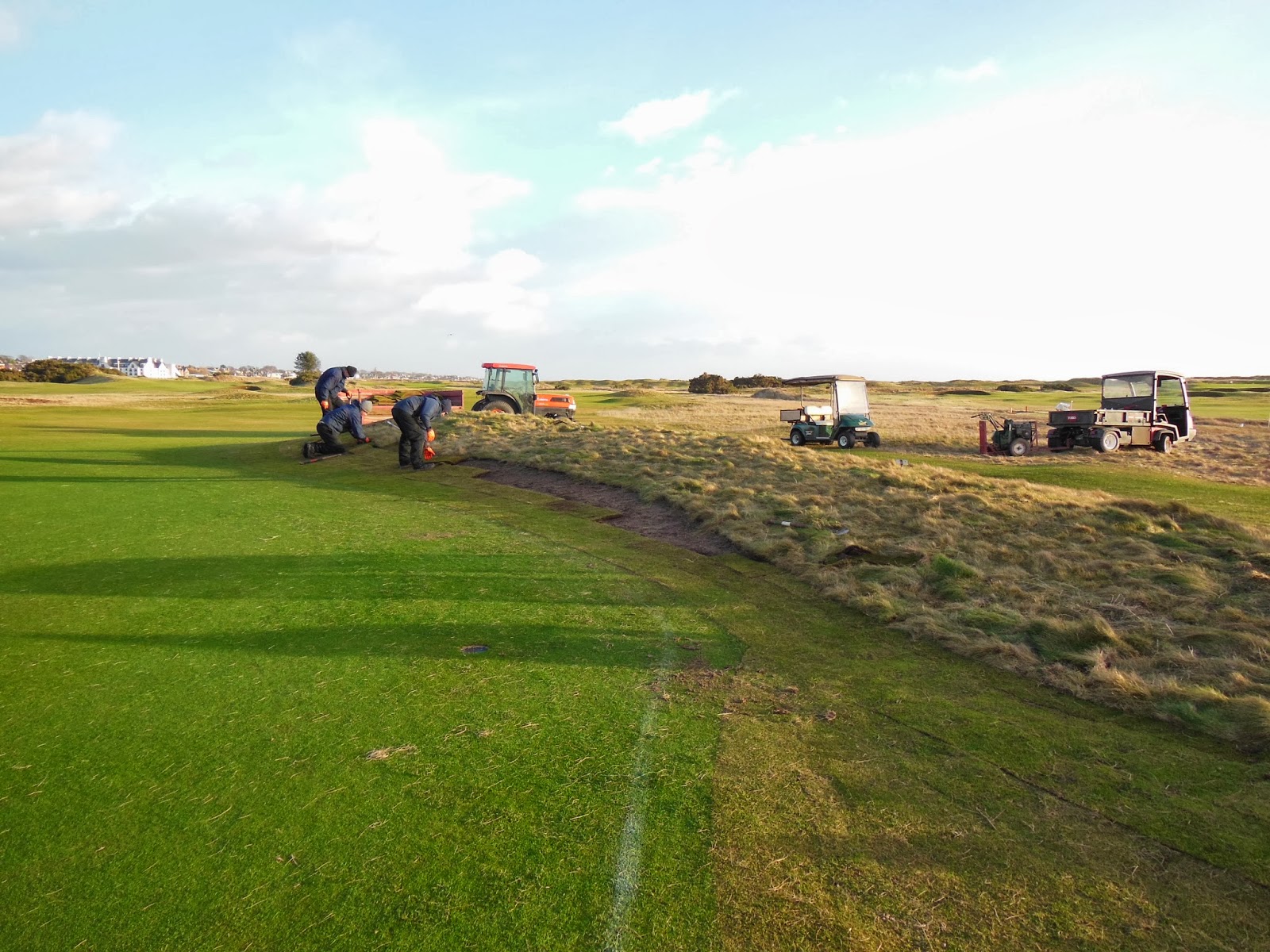 Happy New Year to you all.
We started off this year as we finished off last year - turfing the bunkers at the 4th 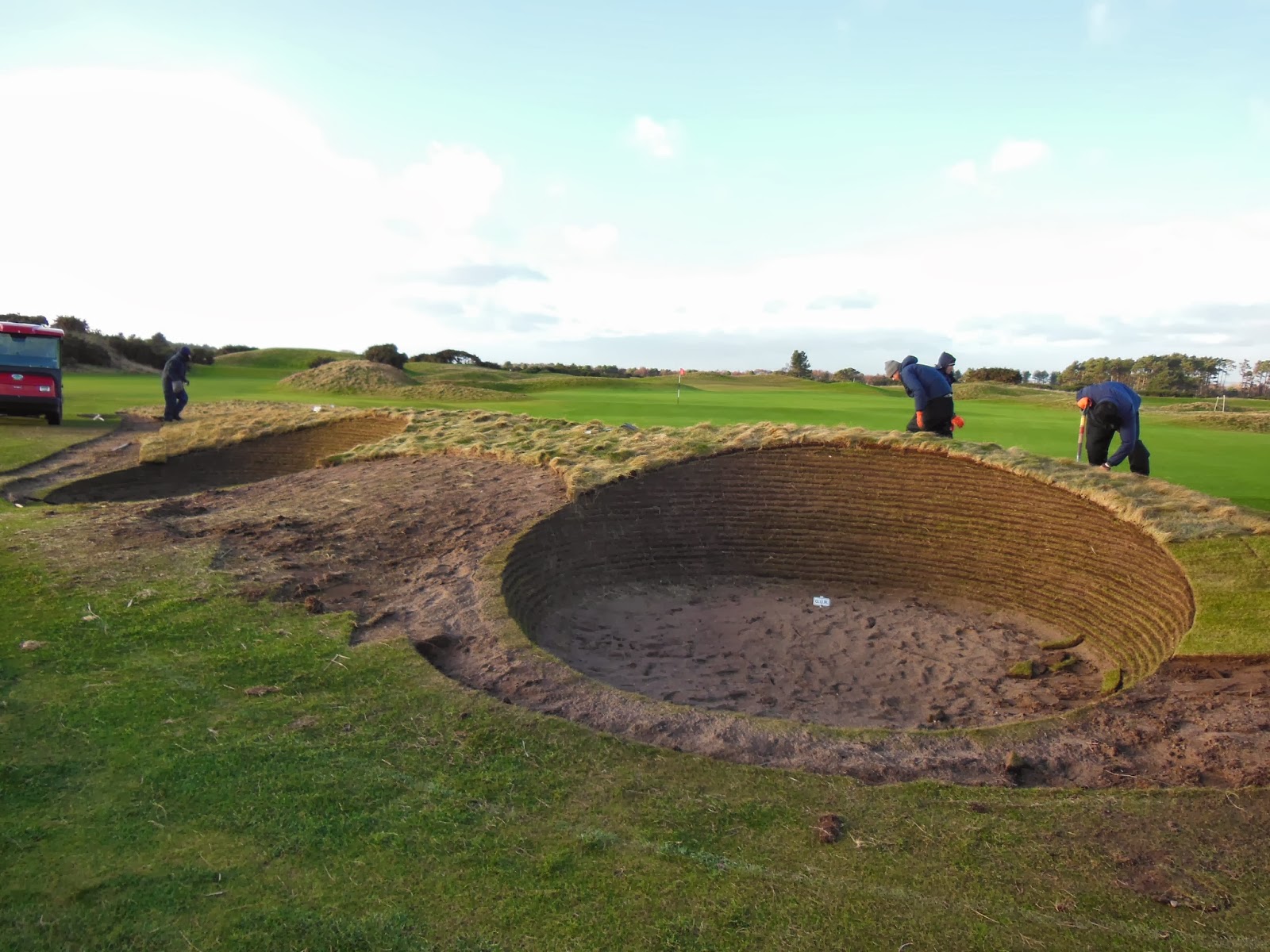 The back of the bunker turfed with fluffy fescue 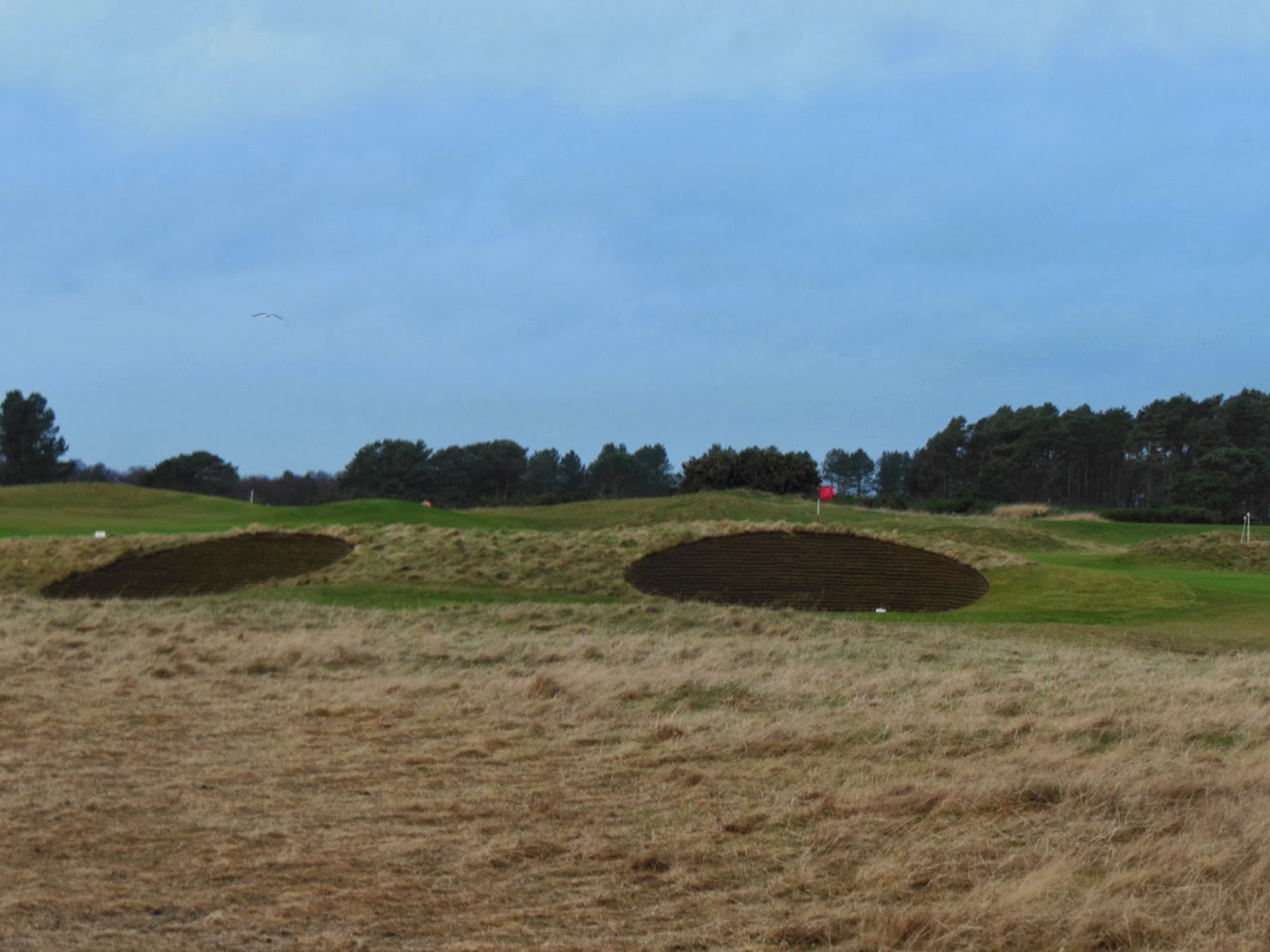 and the walk in with jumpy rye! 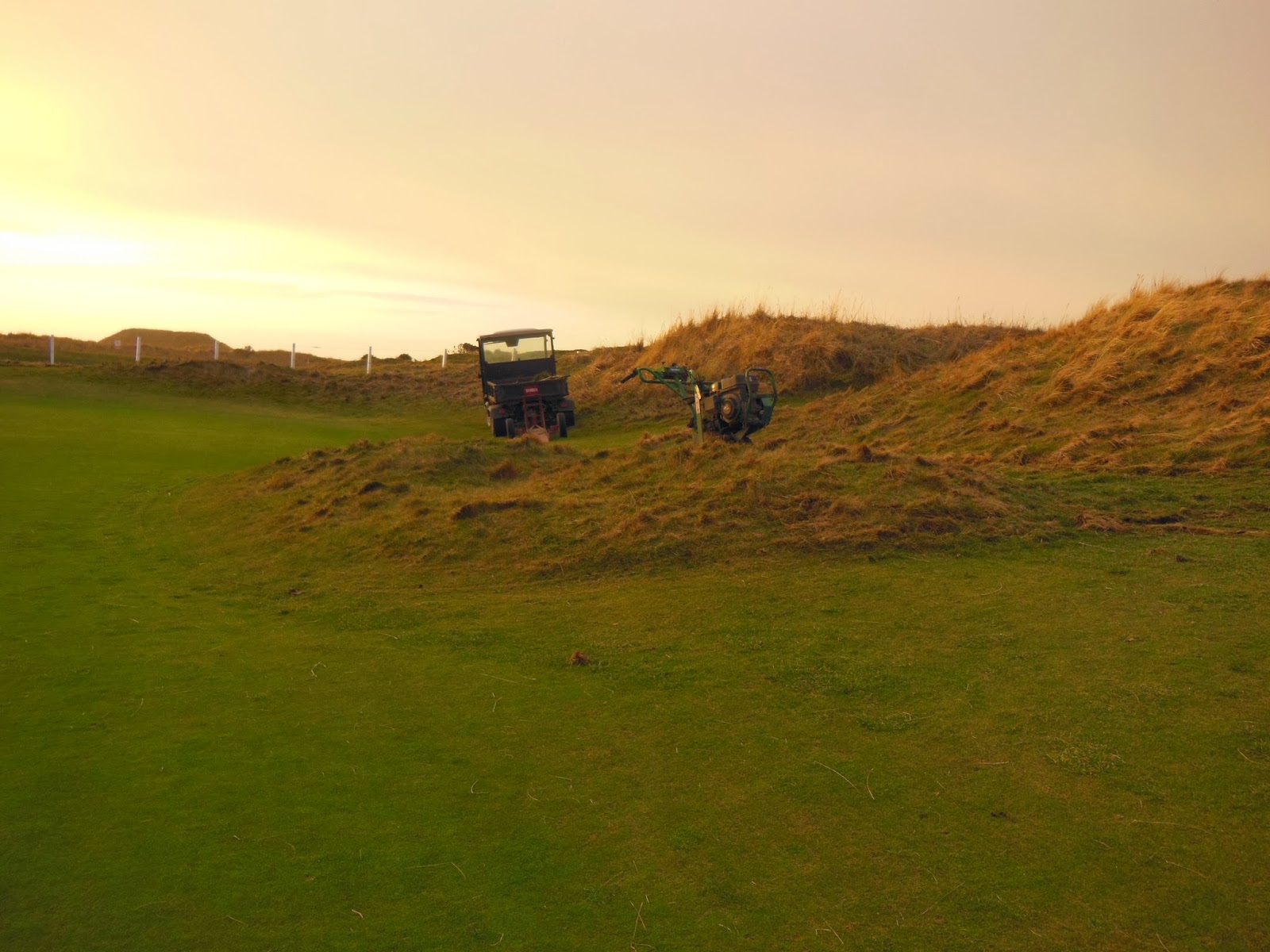 A mound up the right hand side of the 2nd green 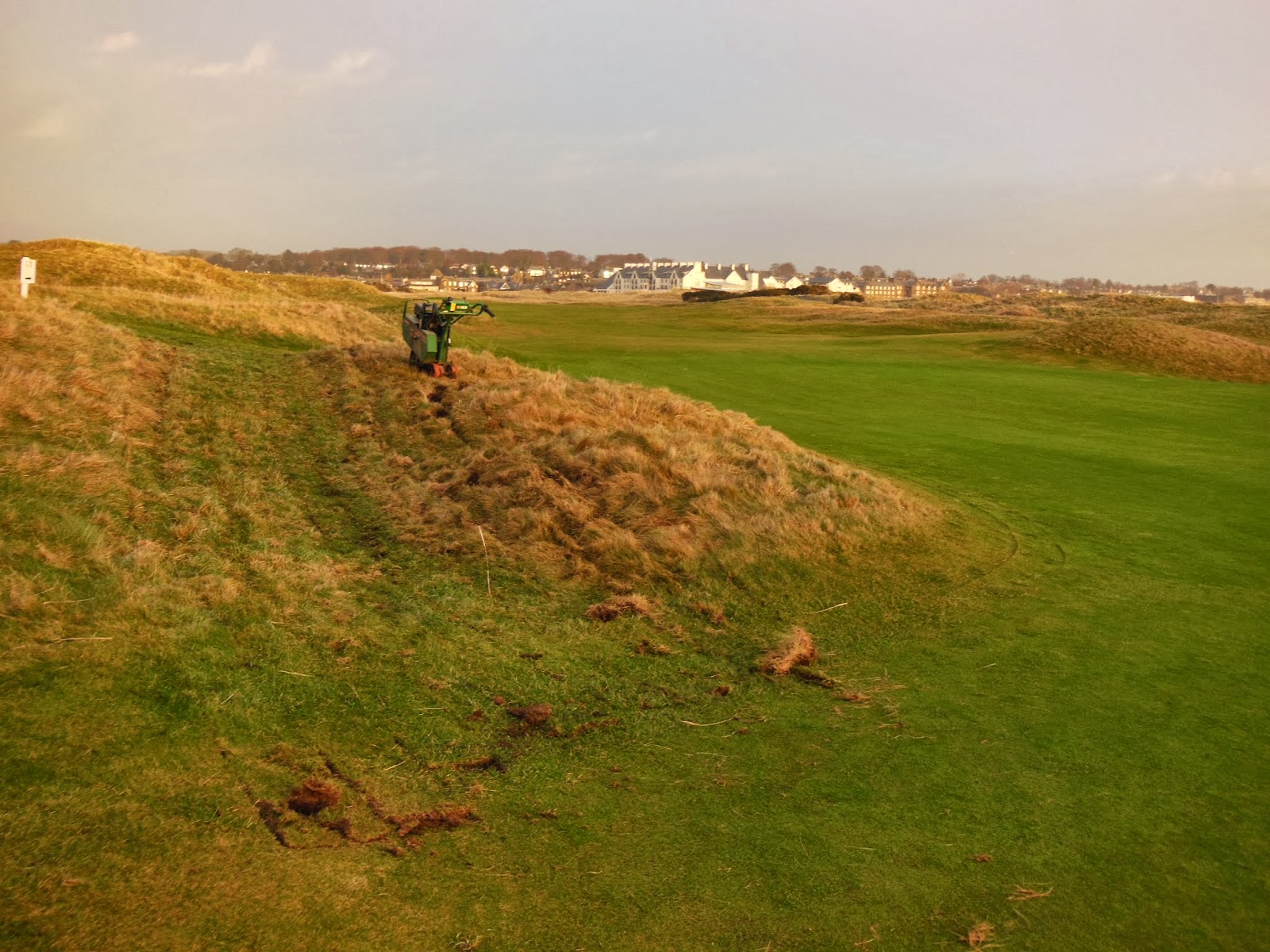 was turf cut with turf lifted and saved at the side. 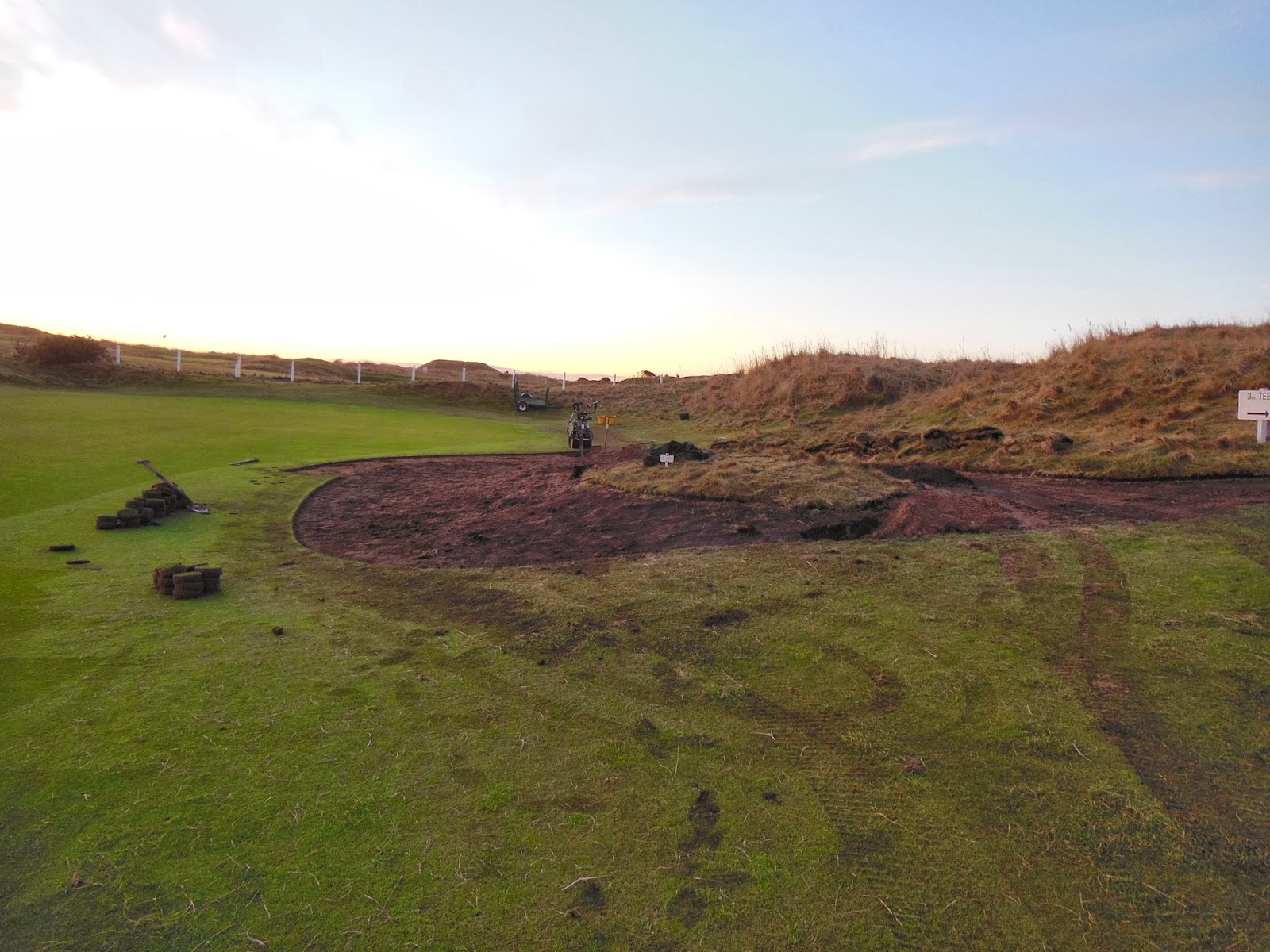 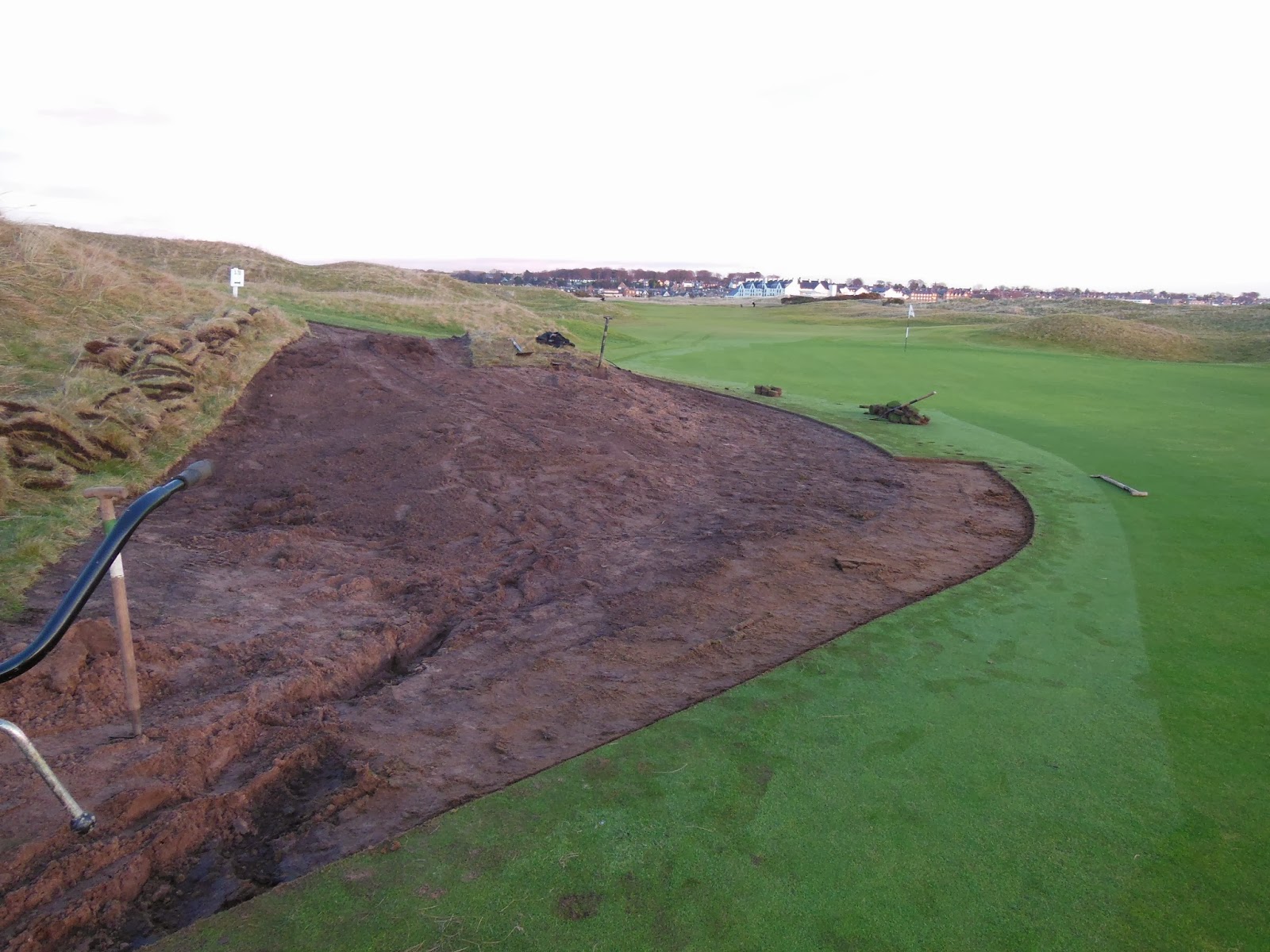 We then pushed the mound in further to the side to be able to get a little bit more green and surround. 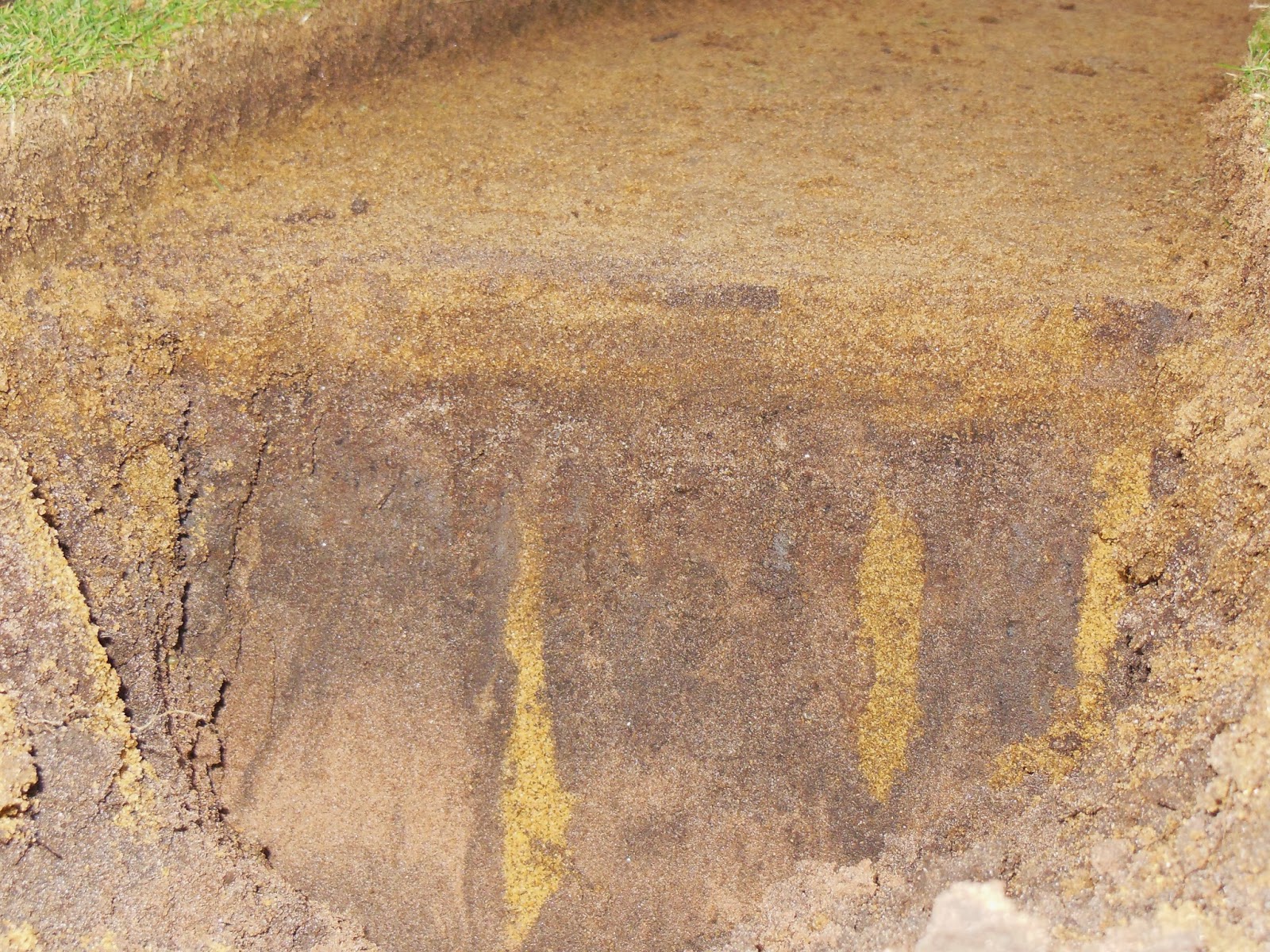 You can see the old drill and fill lines. 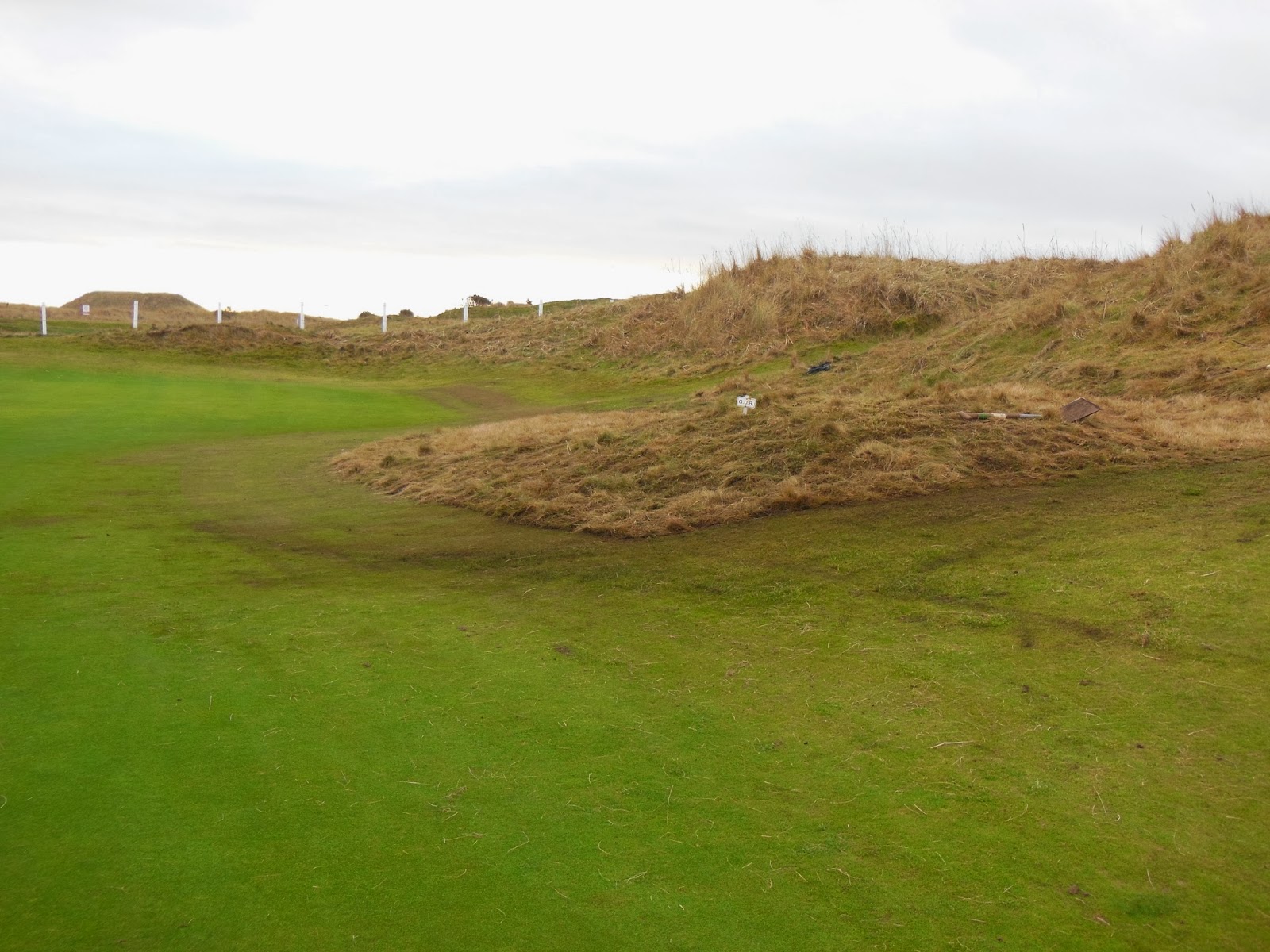 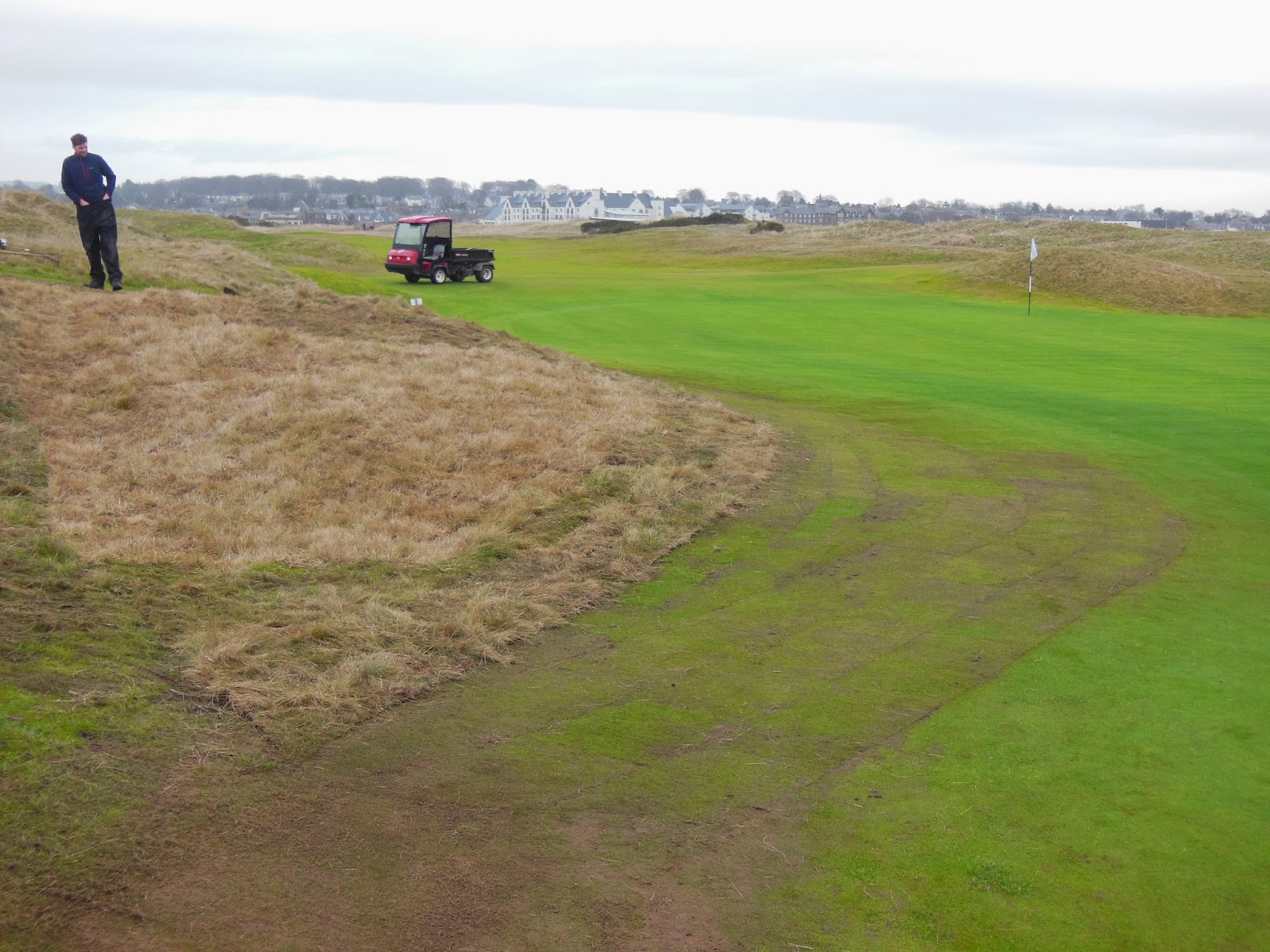 Time to brush up the job. 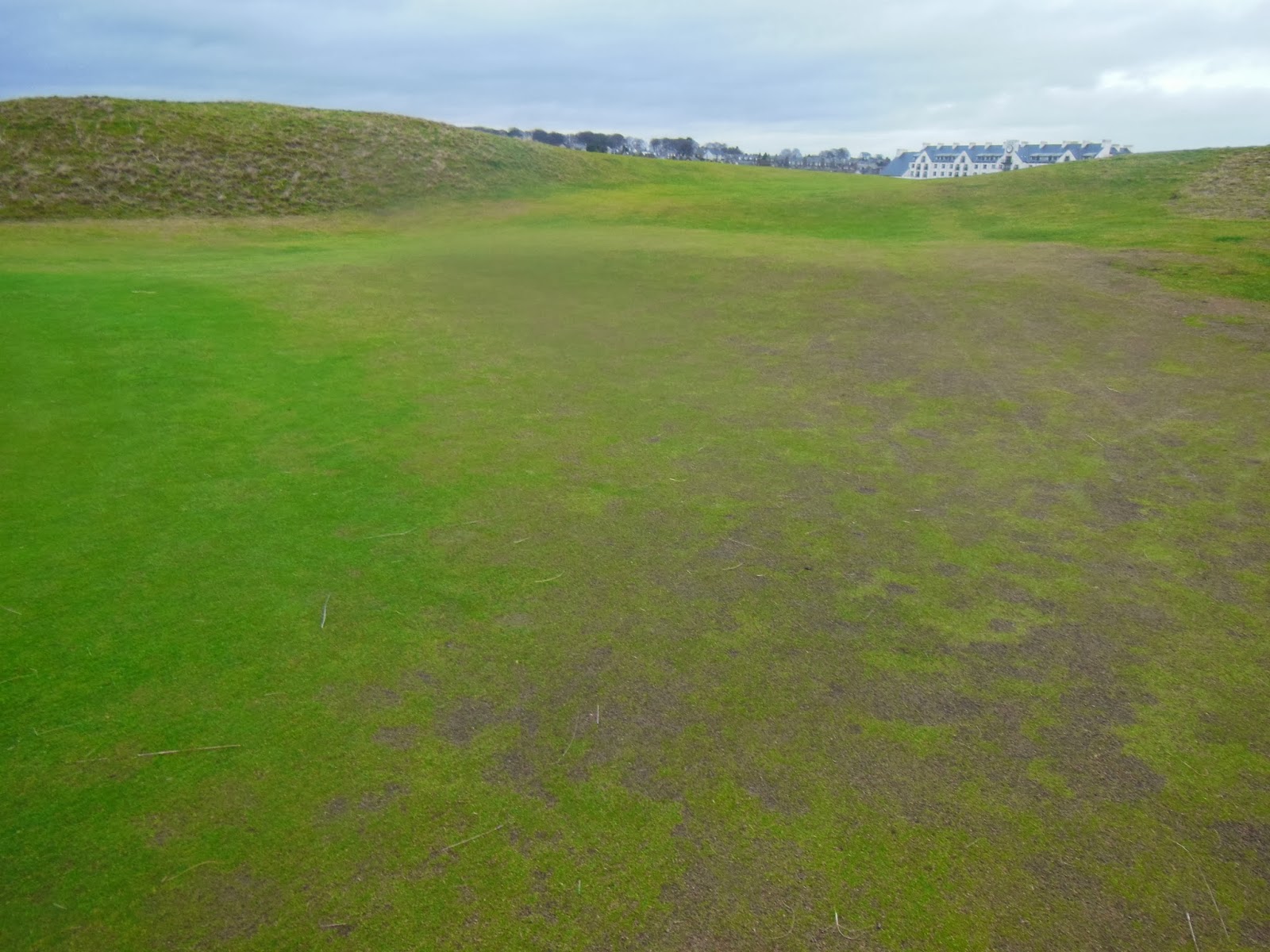 We have done a lot of "Rescue" work on the approaches and surrounds. These areas were sprayed straight after the Dunhill Links. They seem to be recovering really well. Hopefully we will soon have the control over the ryegrass. 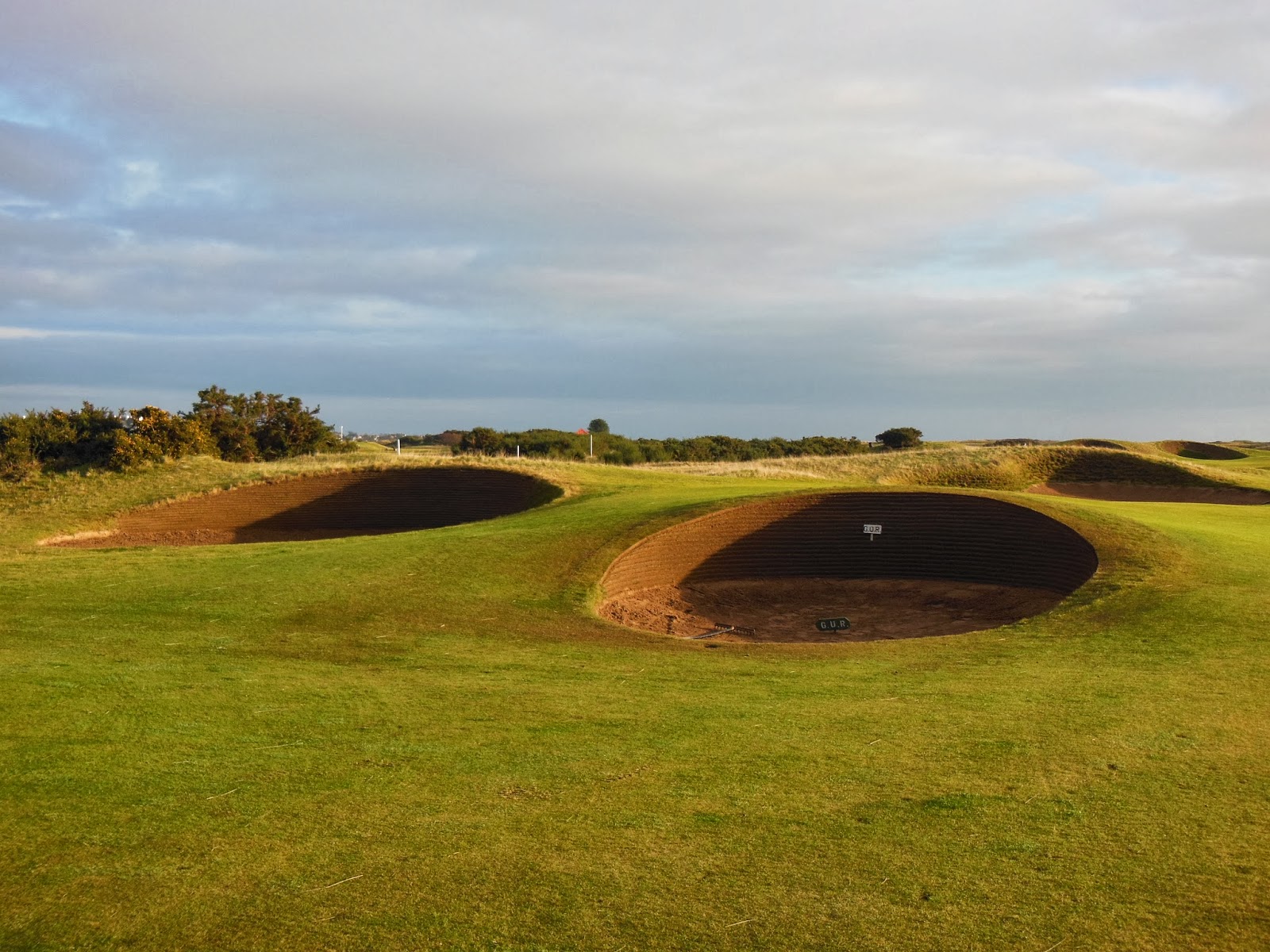 Bunker building keeps on going - 2 at the 14th fairway 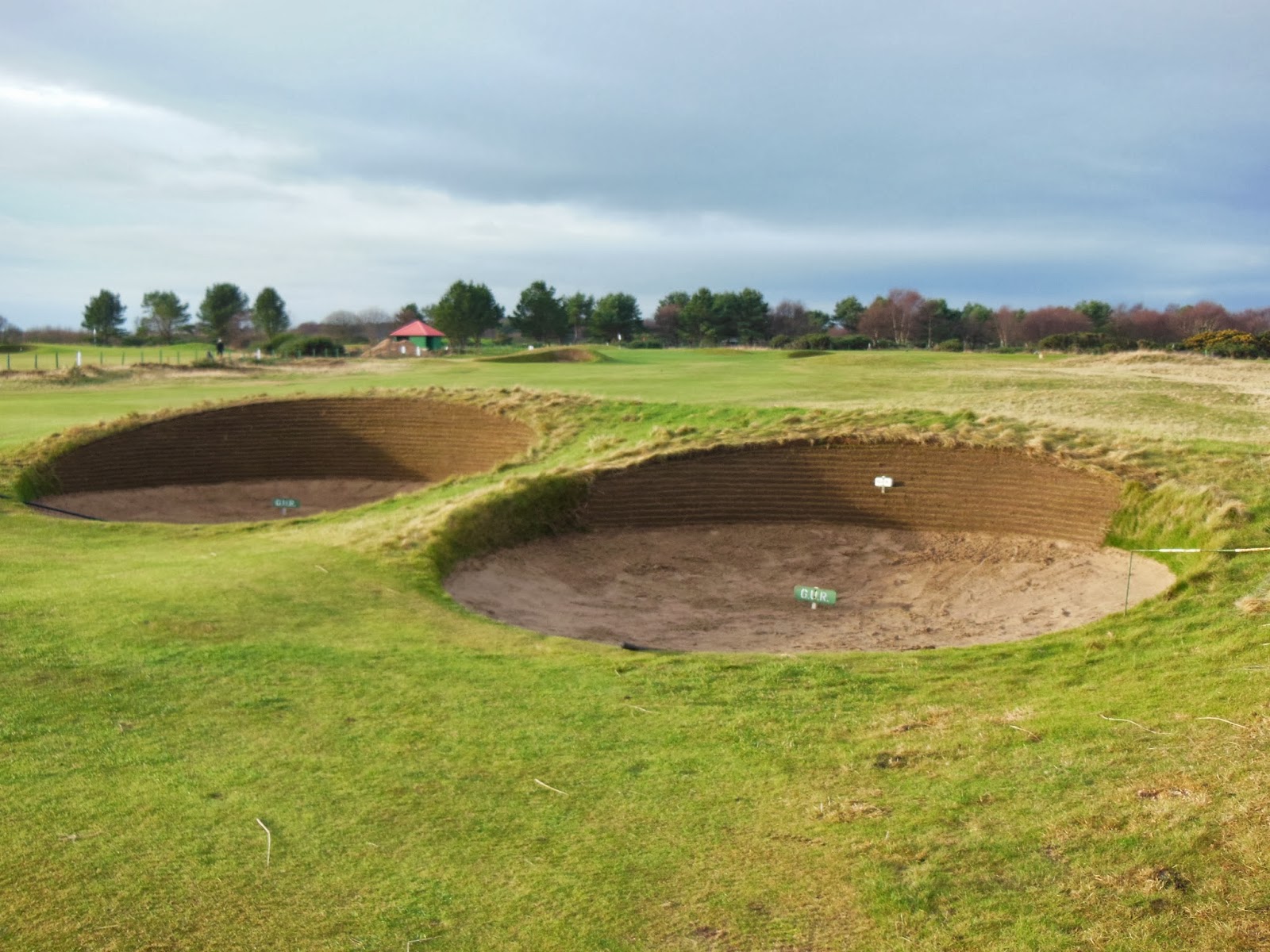 2 at the 7th fairway 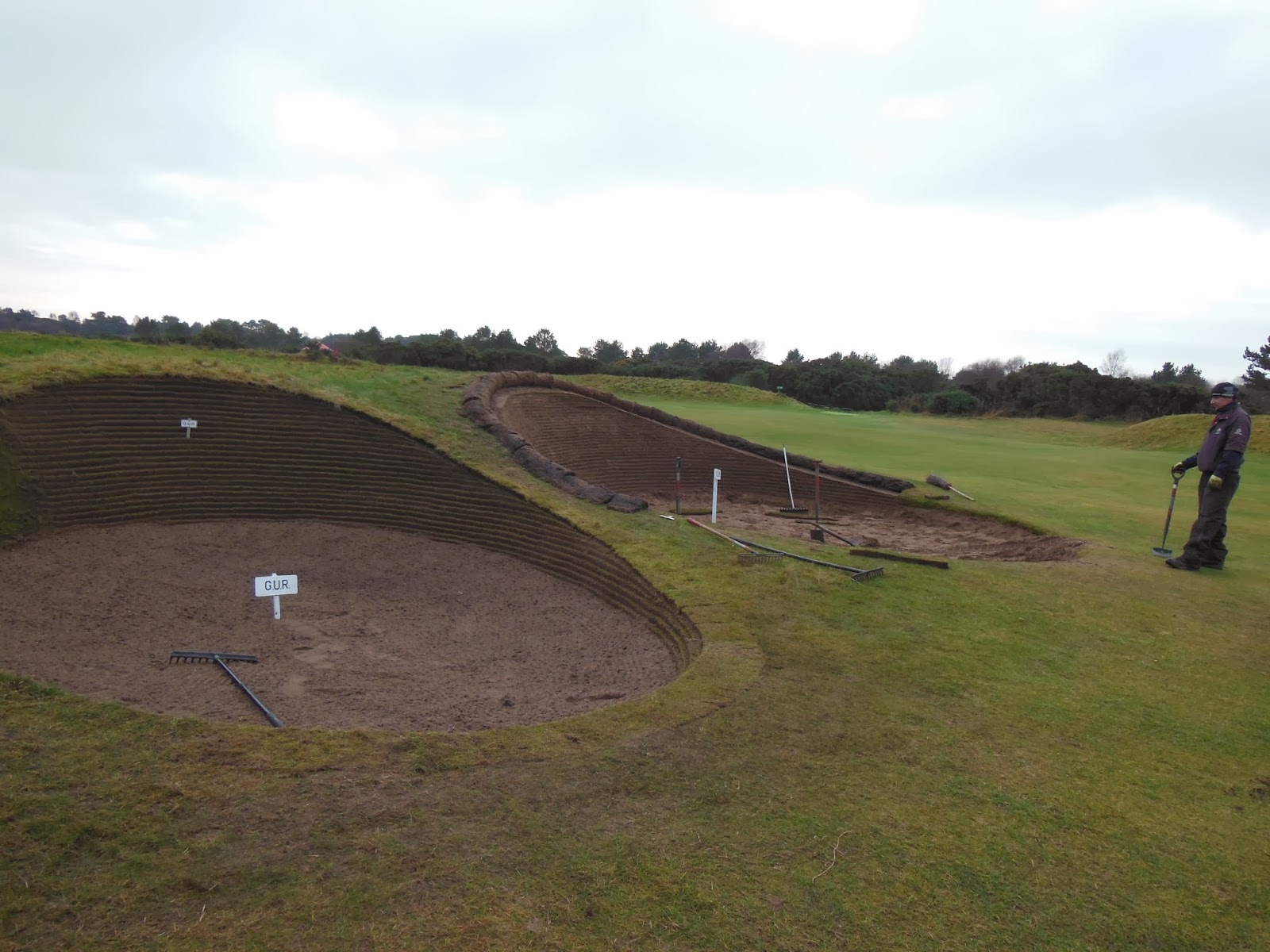 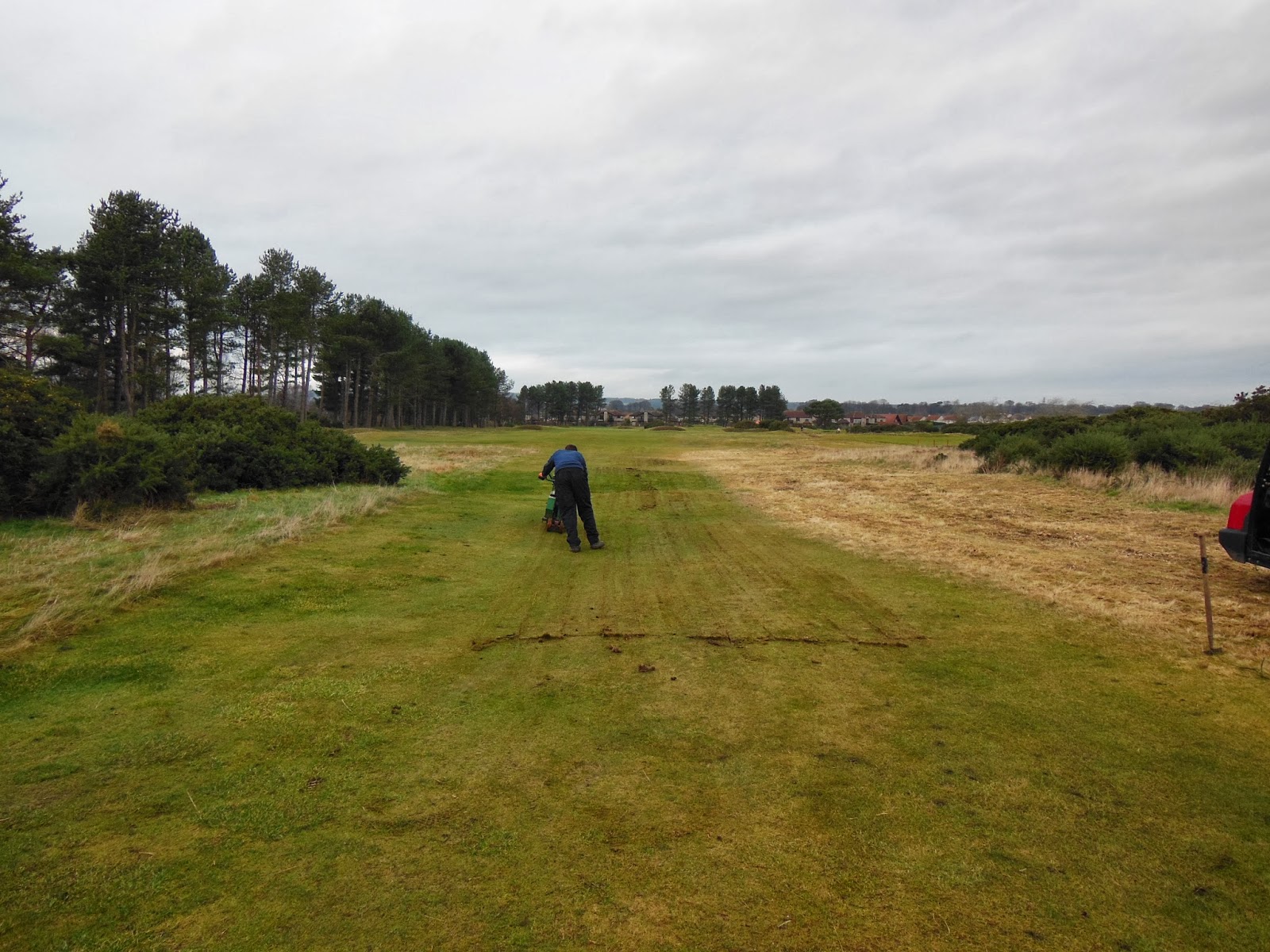 The 9th walkway has always been bad for holding water in the top few inches. 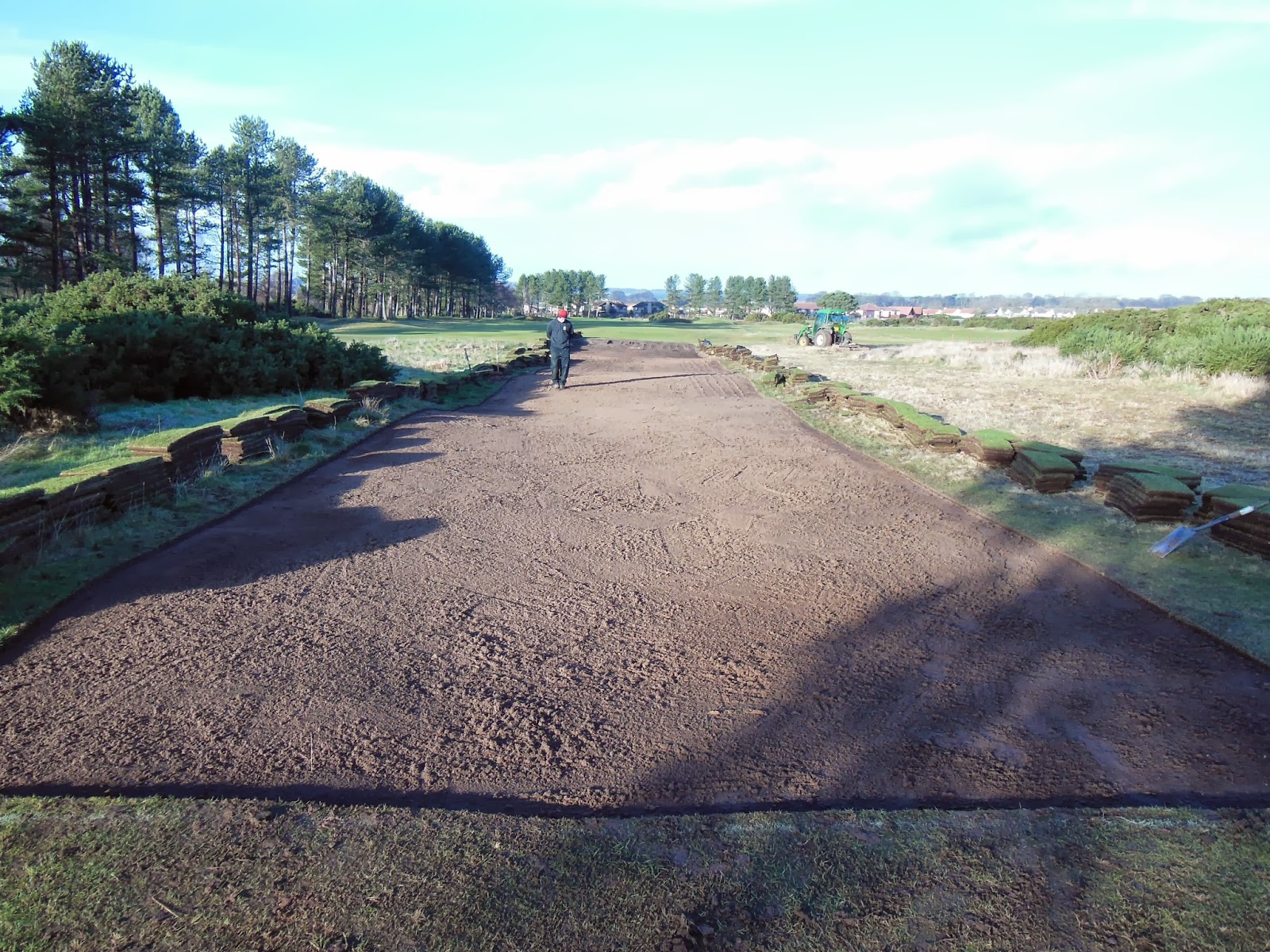 This area was stripped, rotovated 4 times (clean sand 5 inches down) smoothed out and returfed. 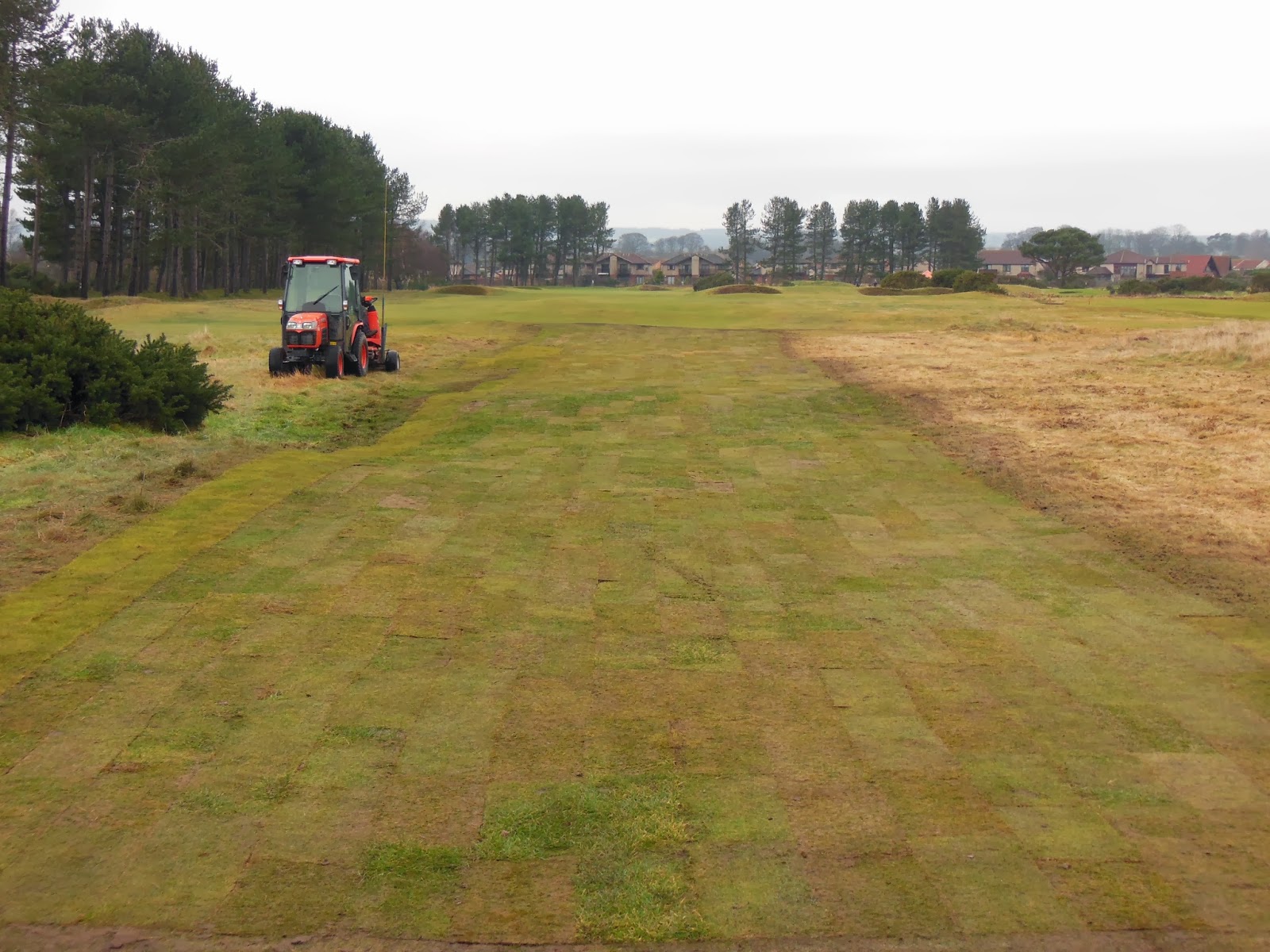 Hopefully this will improve this area. 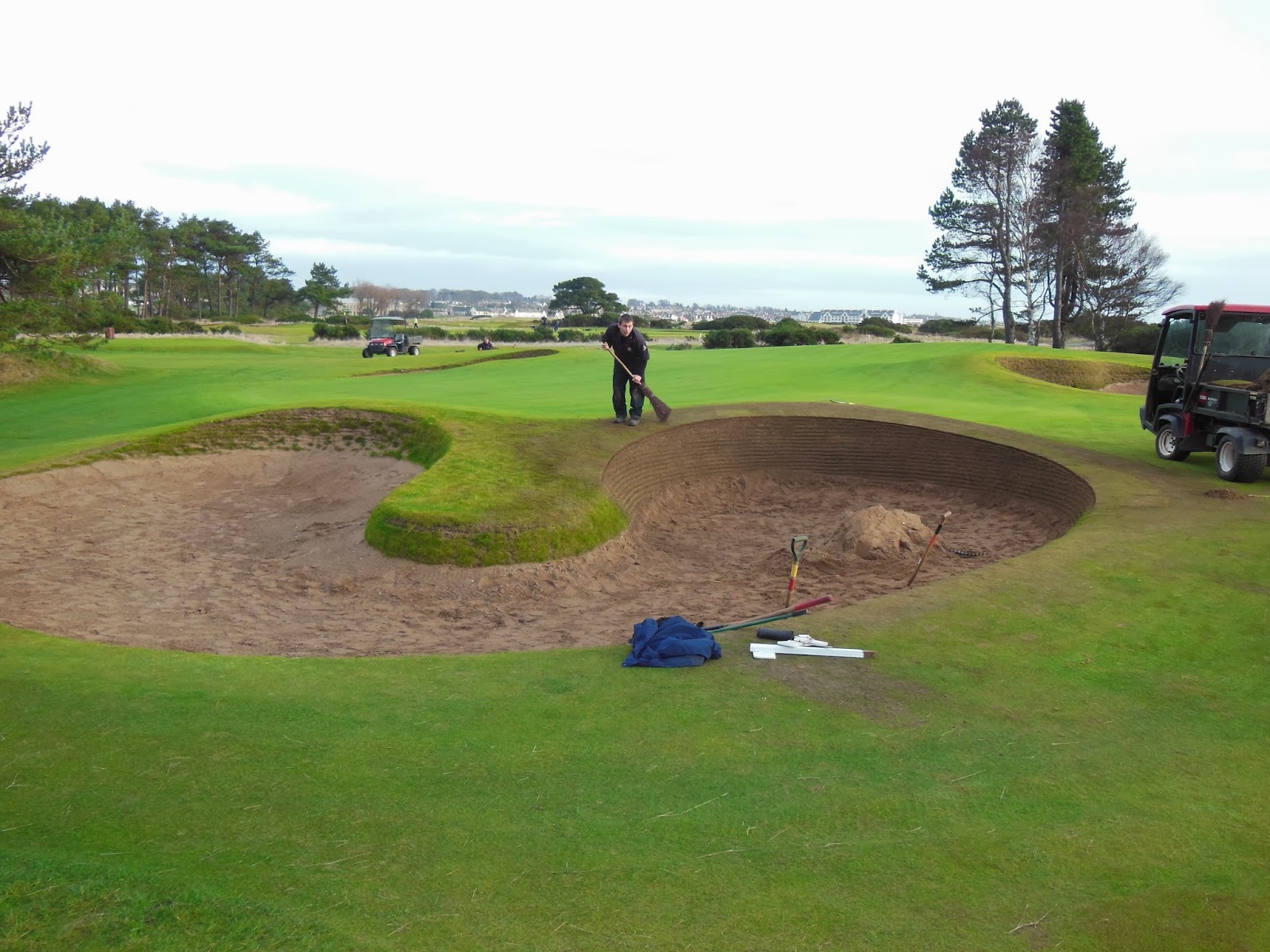 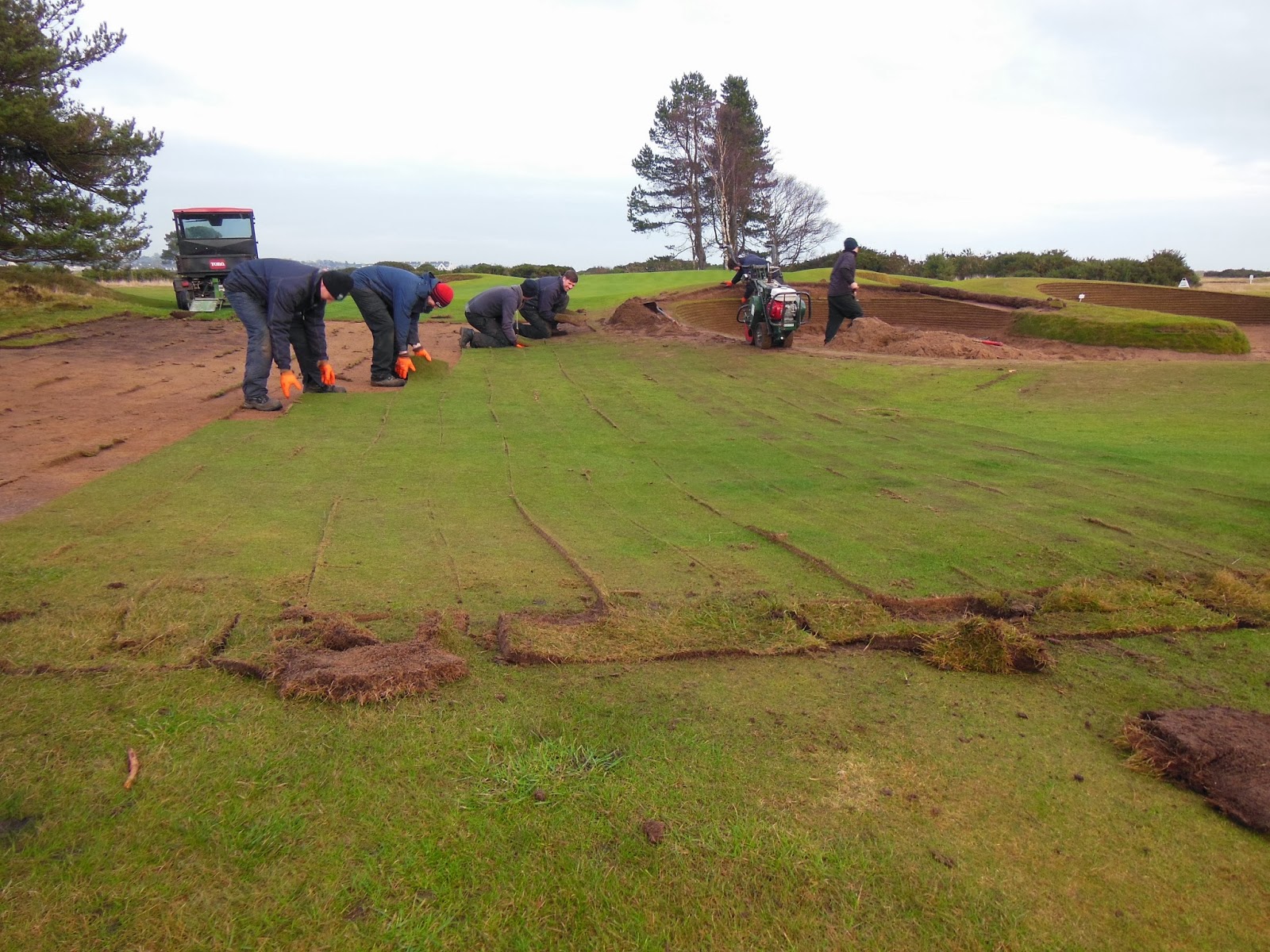 We also raised an area to the left of the bunker, again where water would sit. 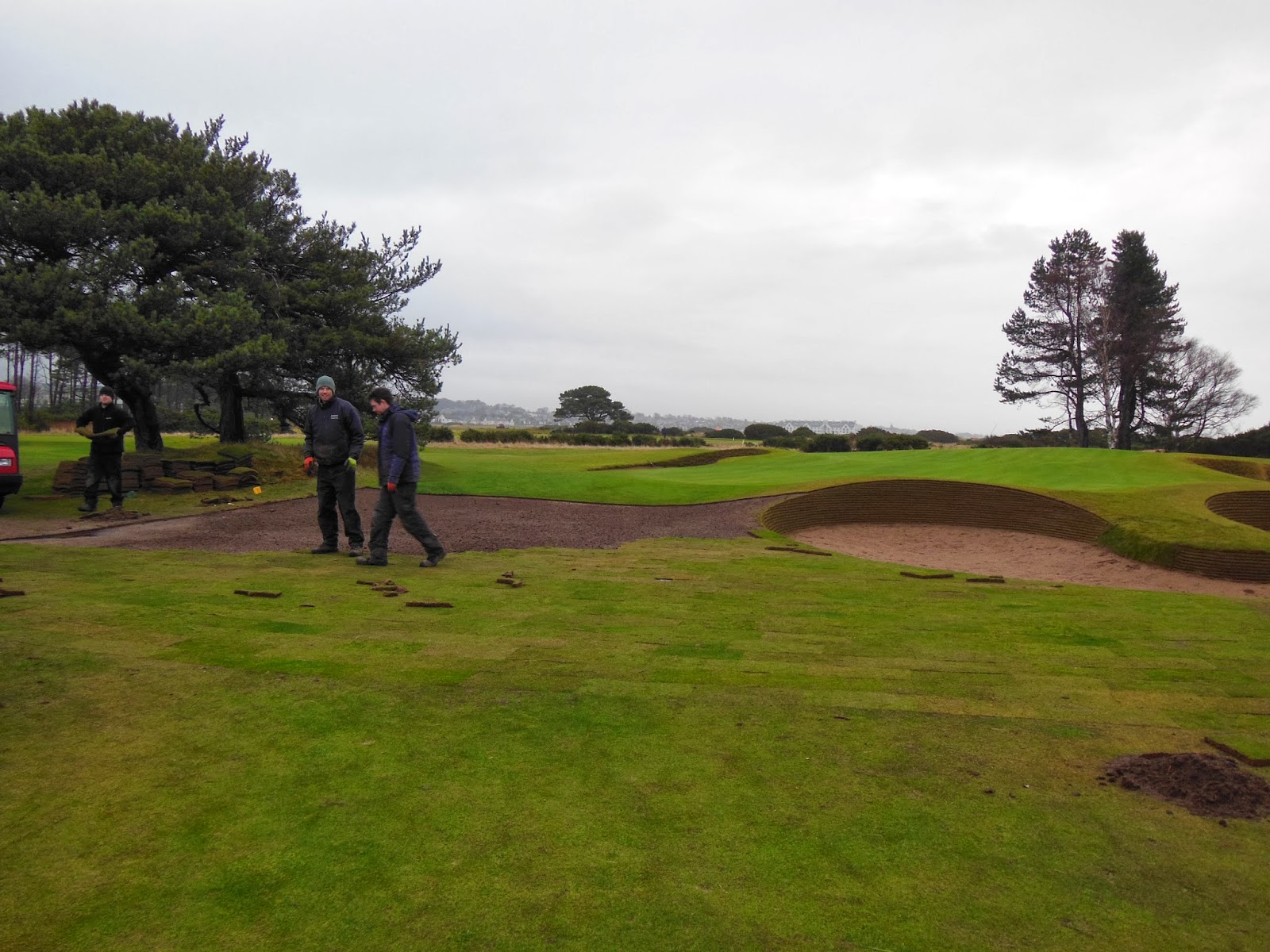 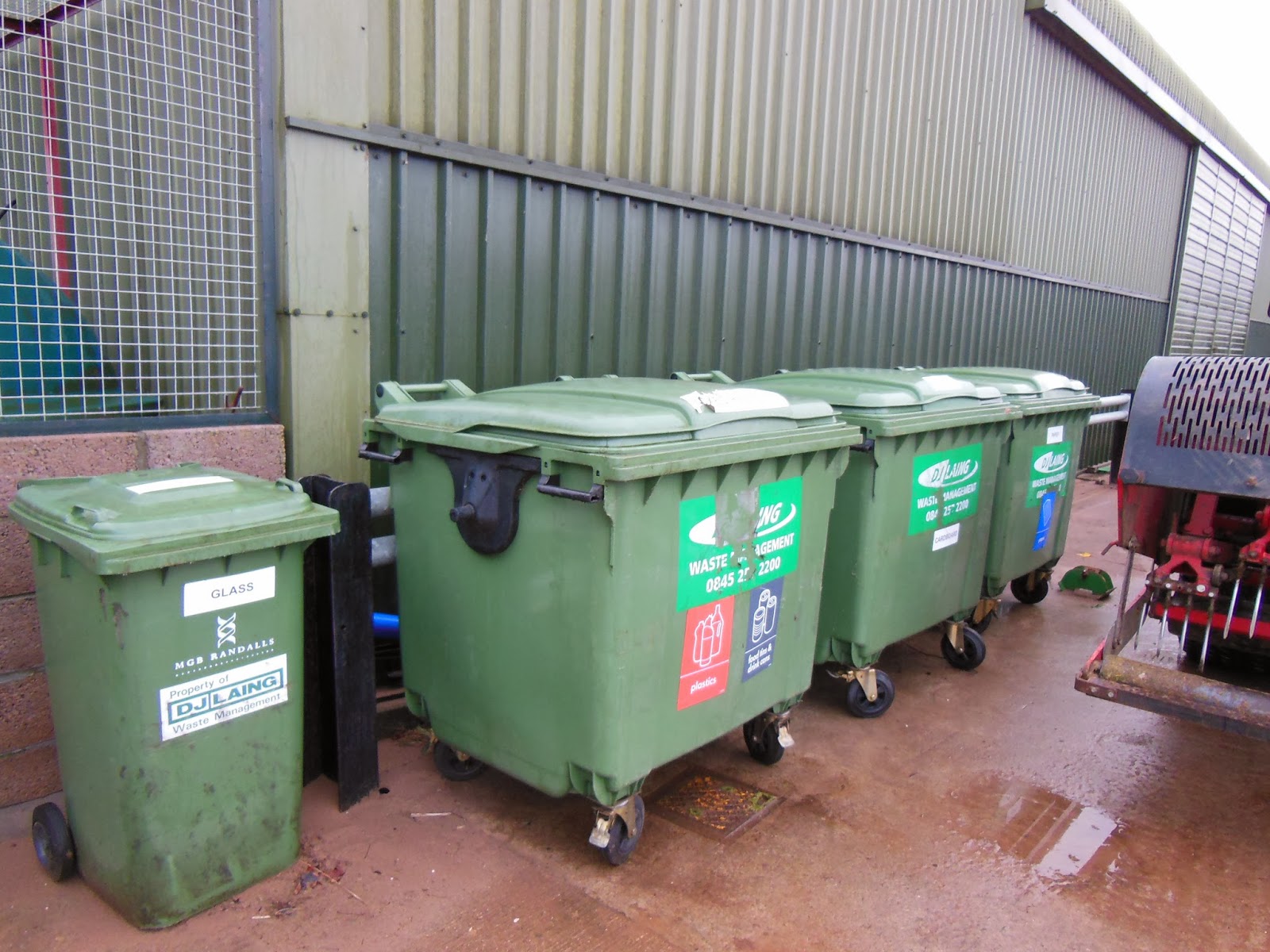 As most of you know Waste Regulations came into effect on 1st January. Waste (Scotland) Regulations were passed by the Scottish Parliament on 9 May 2012. They represent the most significant development in recycling that Scotland has ever seen and are designed to help us realise the true value of resources we currently throw away. At Carnoustie Golf Links we have been recycling as much waste as we can since August. We have 5 bins glass, plastic, paper, cardboard as well as a general waste bin. 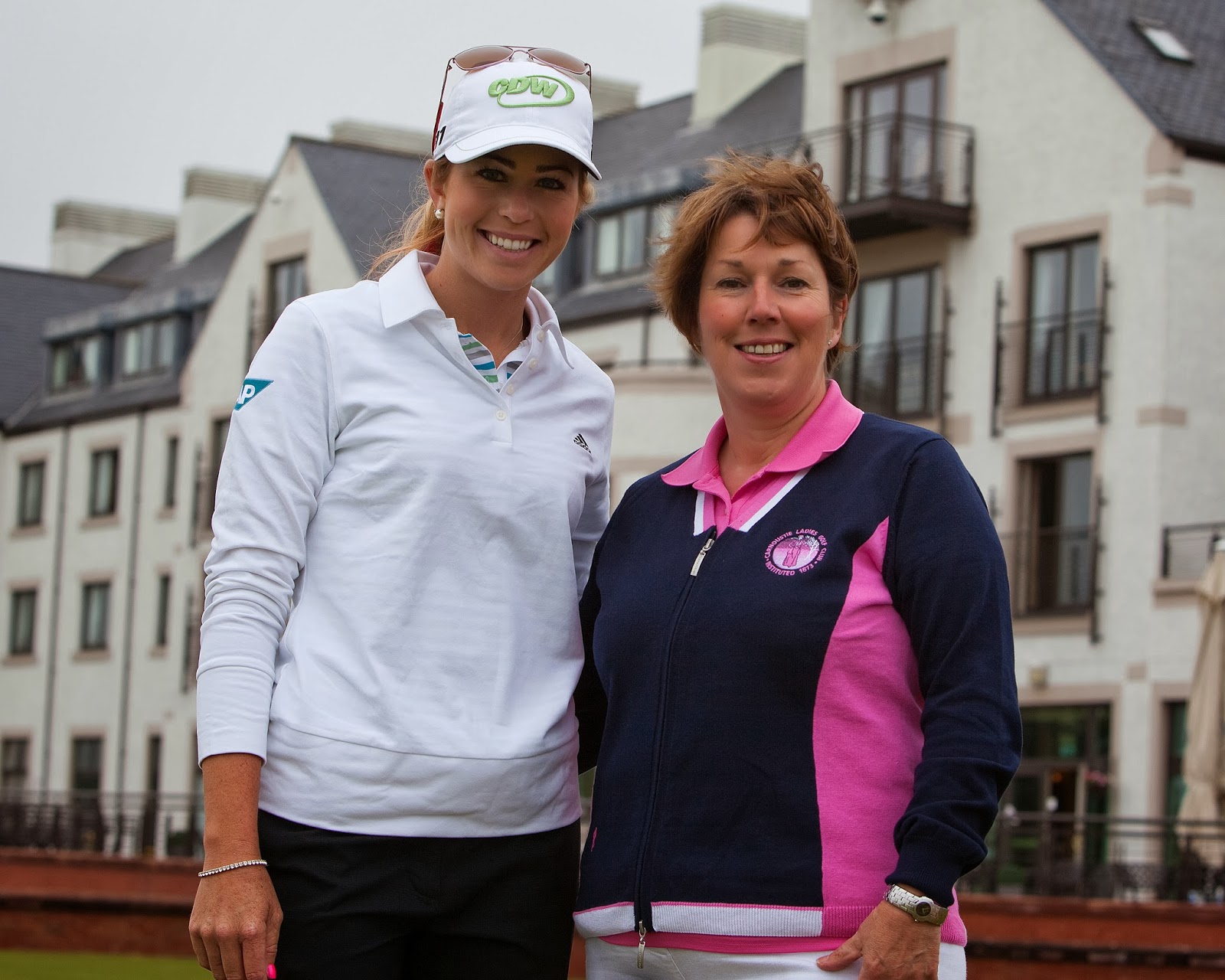 On Monday, Pat Sawers (former Vice-Chairman) took over the Chairmans position from the outgoing Chairman Gordon Wilson. We wish Gordon all the best for the future. Pat, we are all wishing for a massive wage increase.......only joking!!
Best wishes to Pat in her new role.
﻿
Posted by Carnoustie Golf Links at 12:05