Hello again!!
I was asked by a few people what has happened to the blog. Well the truth is, i havent had time and sometimes when you come in from the course you cant be bothered writing about what you have just done, especially if you feel you are getting nowhere. I also dont want to get too repetative at the same time too!!

I was thinking i had updated it not too long ago but when i looked it was January 17th!!

Time for a quick look back at what we have been up to. 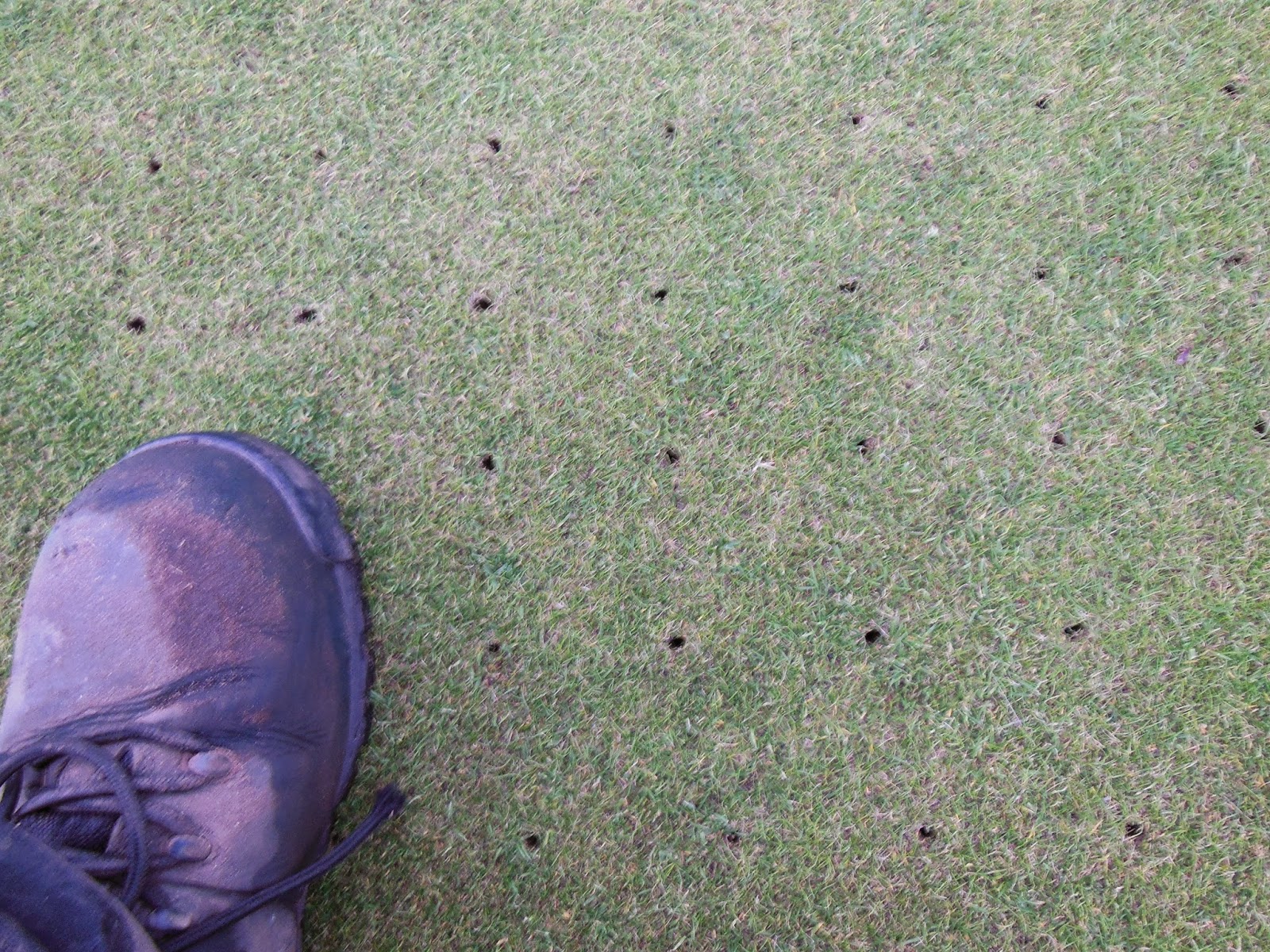 February was a very productive month on the Winter Works front with the bunker revetments and turf repairs the main focus on the course. Verti-drain work took place on the greens, approaches and surrounds (8mm) followed by a heavy top dressing. 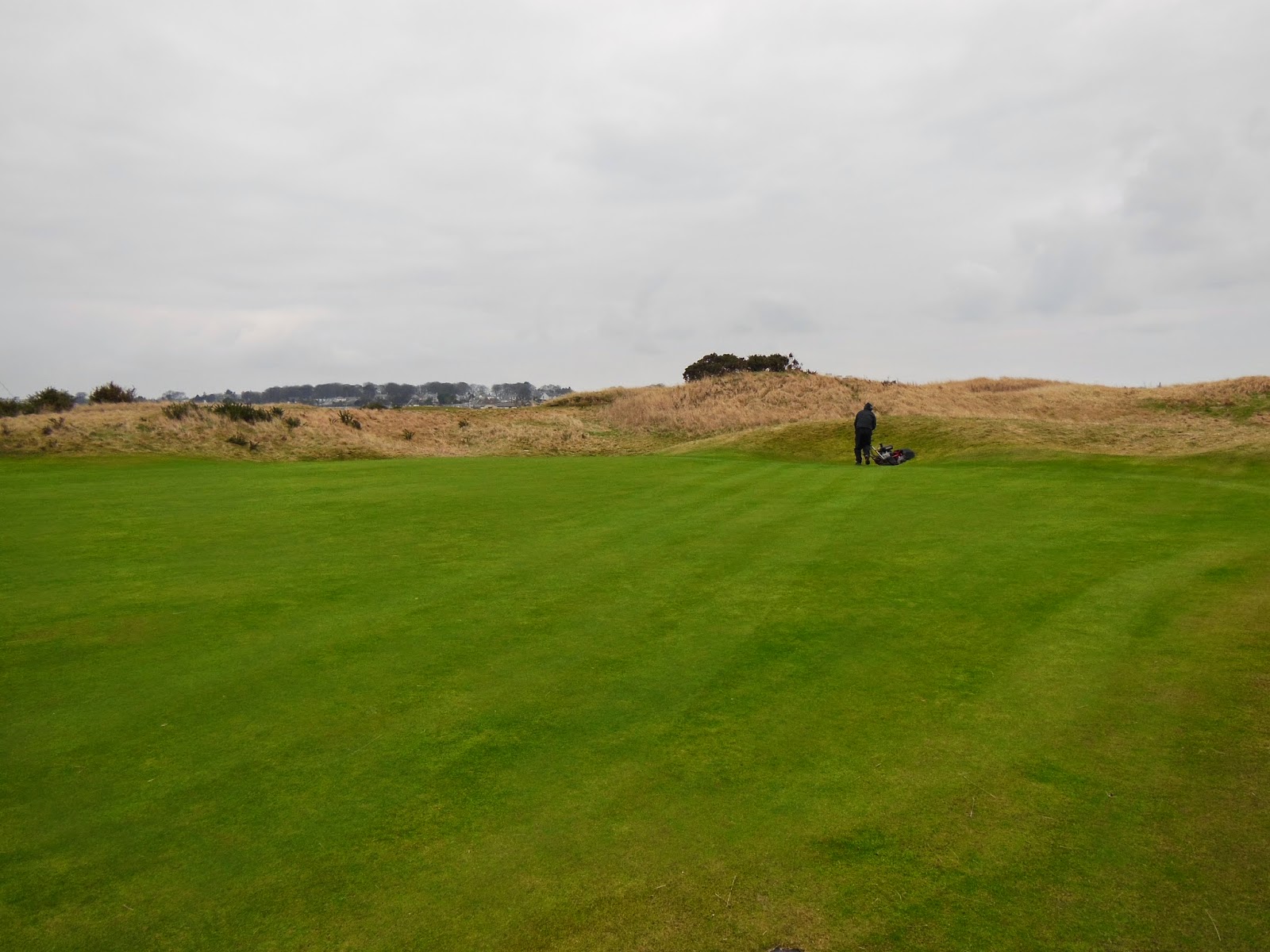 The majority of our annual gorse cutting/management usually takes place in the cold/frosty periods we normally get during December and January that prevent us from carrying out turf related work. The mild winter however has meant we never really had an opportunity to cut much gorse therefore prior to the bird nesting/activity season we tackled the required areas during the last week of February. It was then chipped to the LHS 7th green of Championship, and have now made a spectactor mound from the chippings after being sand capped.

Other jobs on the go included:
Spectacle bunkers revetted 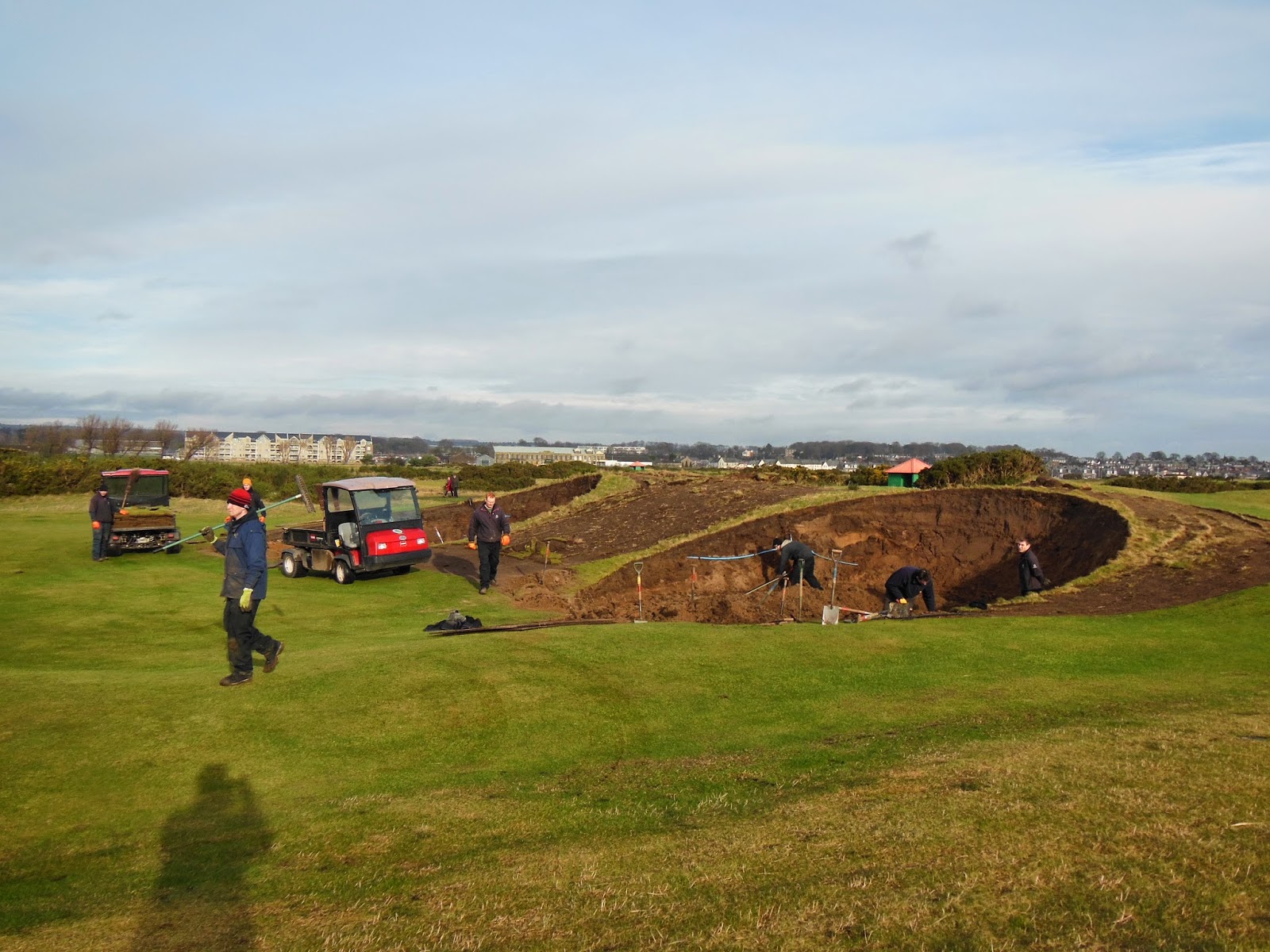 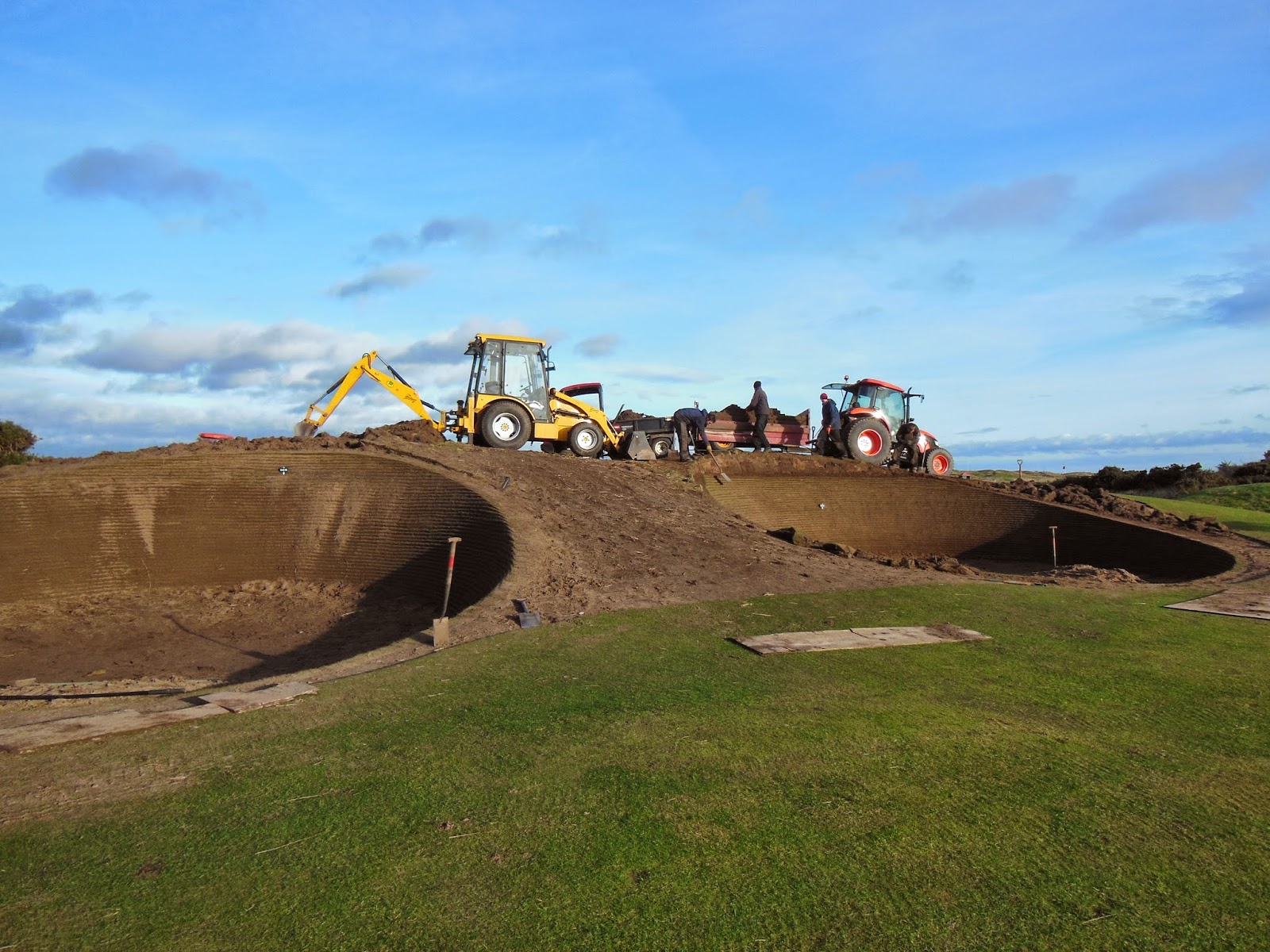 We dropped the Spectacles by a foot so you can see the flag a little bit more from the fairway. We also made the bunkers shouldery, to make them look a bit more powerful. 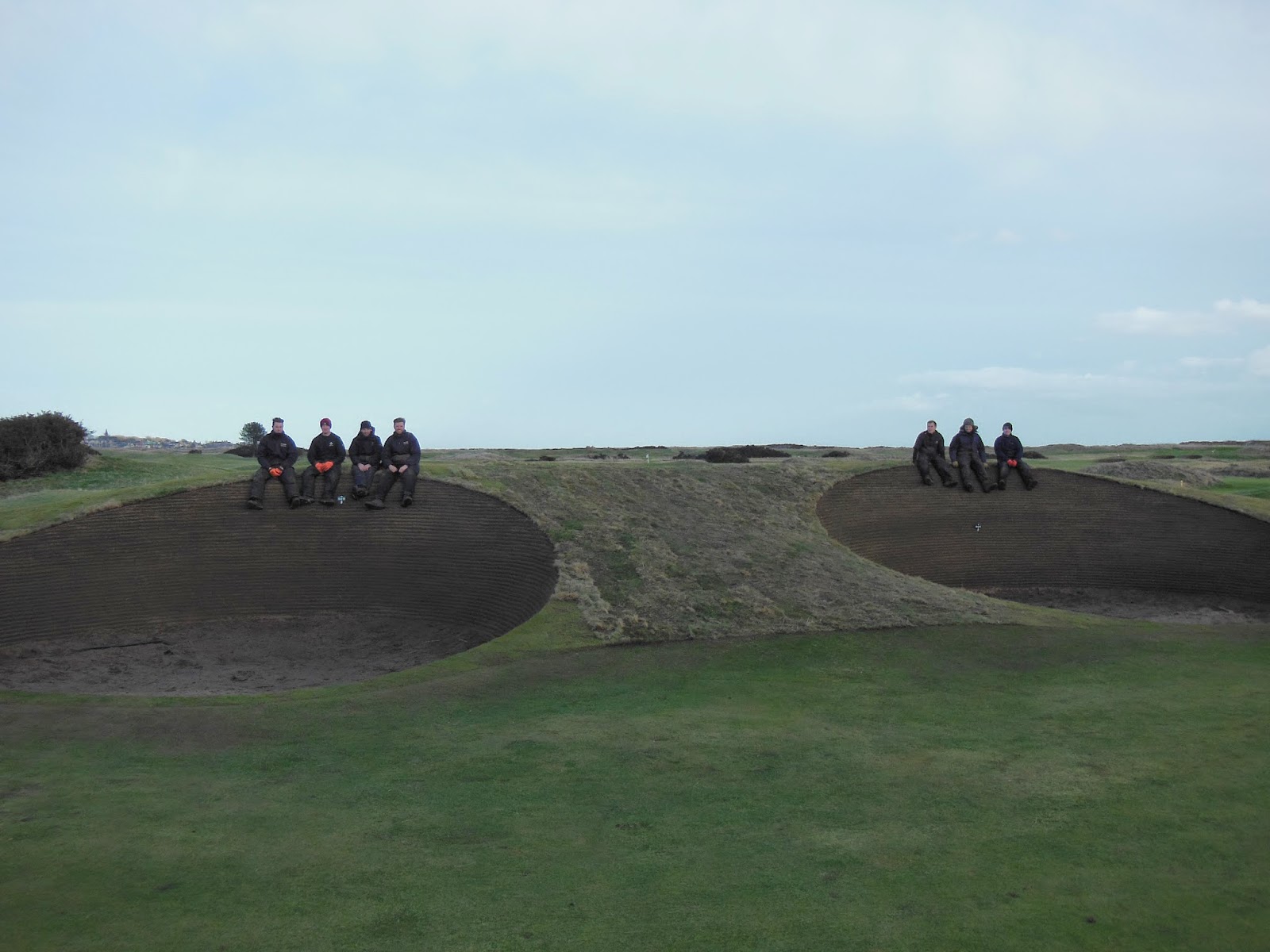 
Run-in to big bunker on LHS 14th fairway raised approximately 8” to allow us to raise the sand level in the bunker to help prevent it from flooding and keep the floor from getting hard panned. 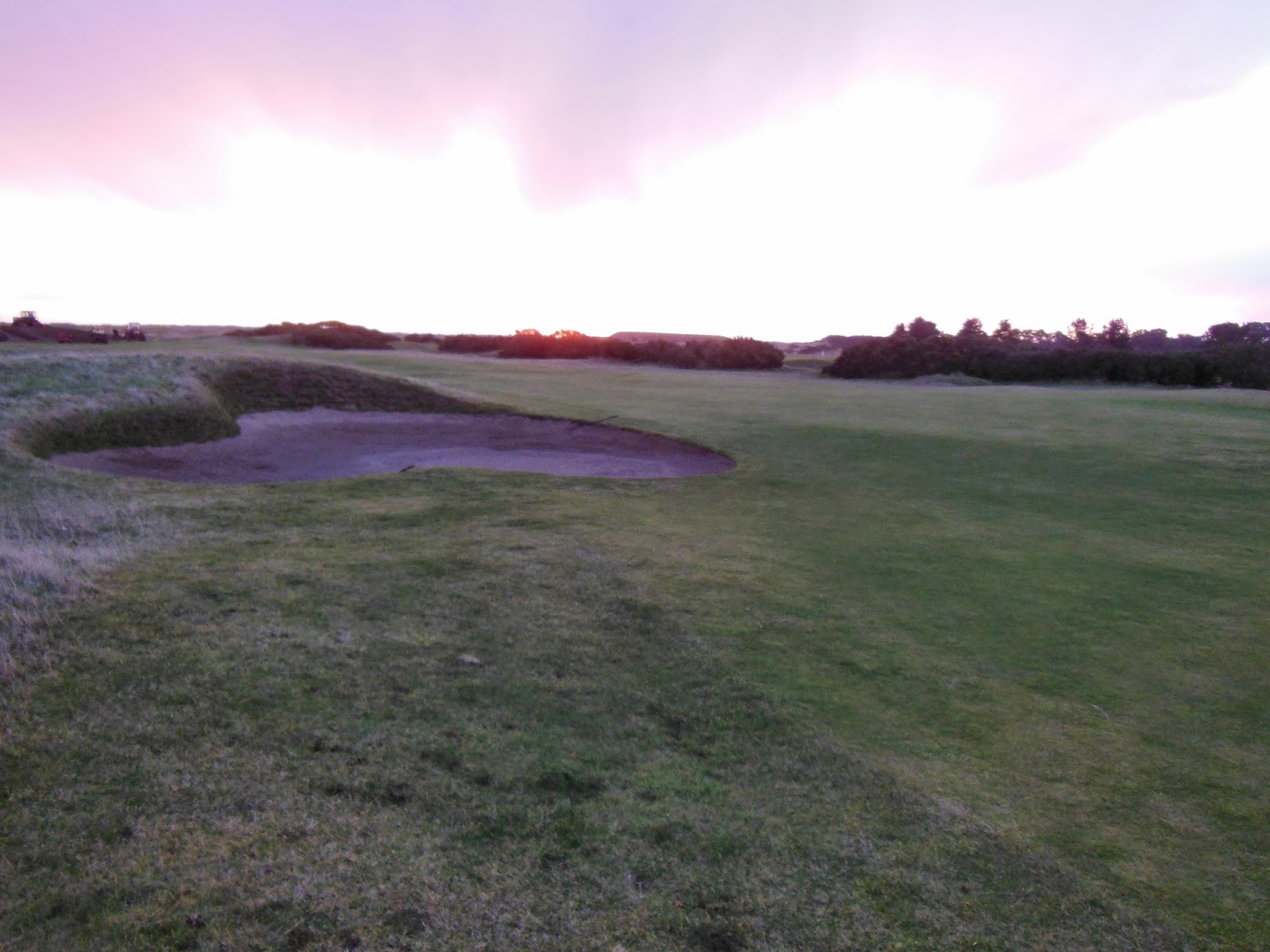 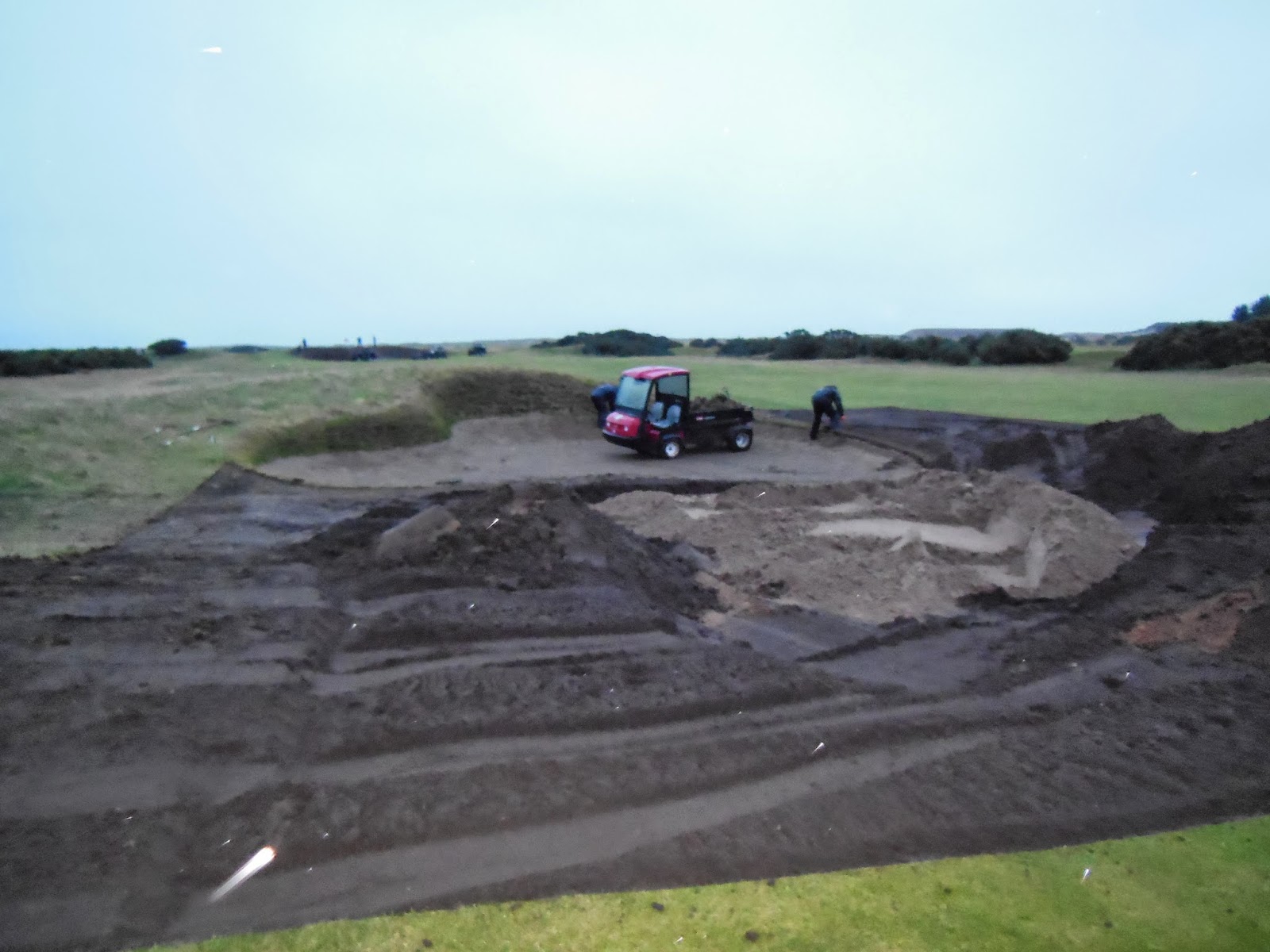 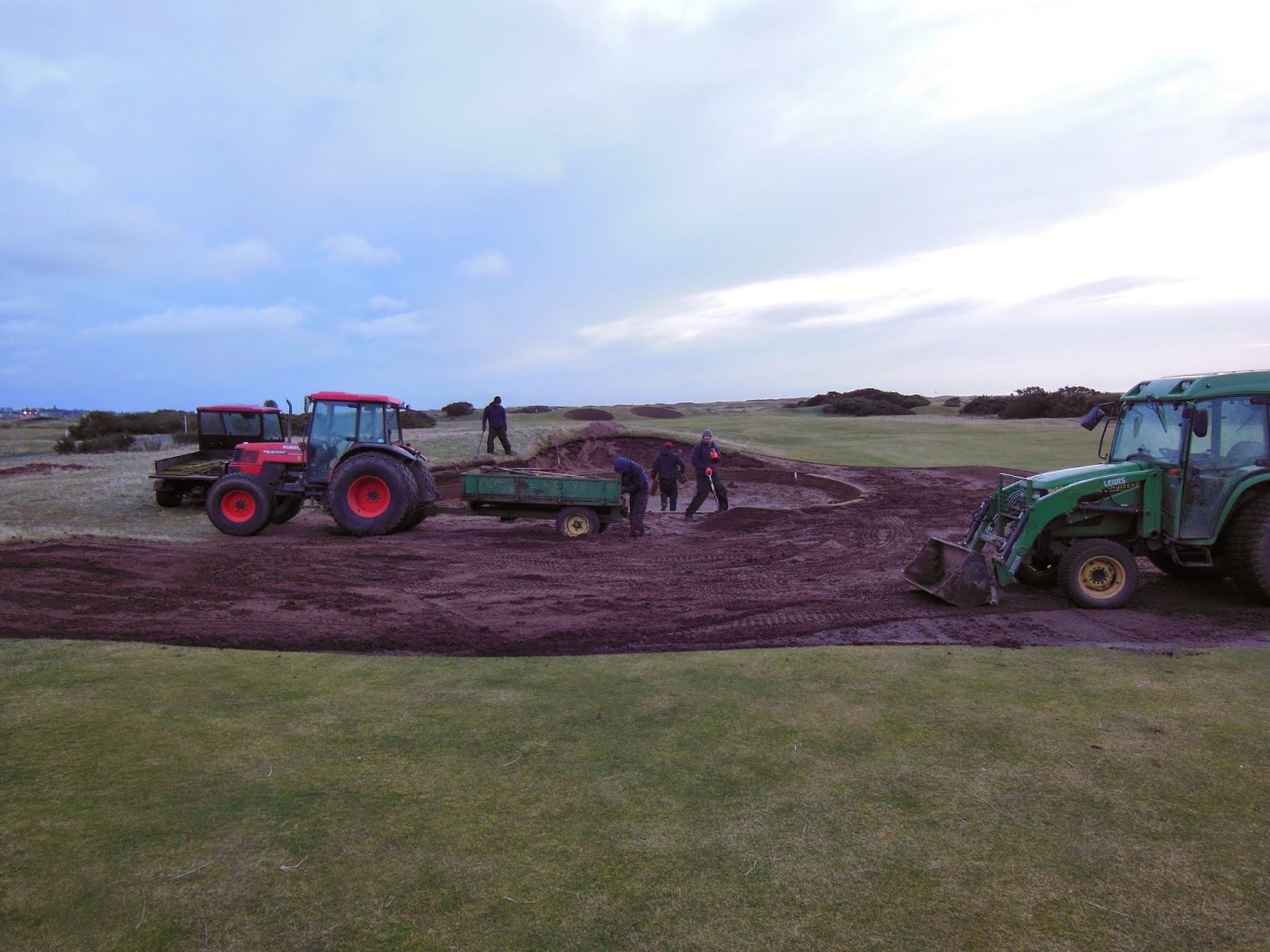 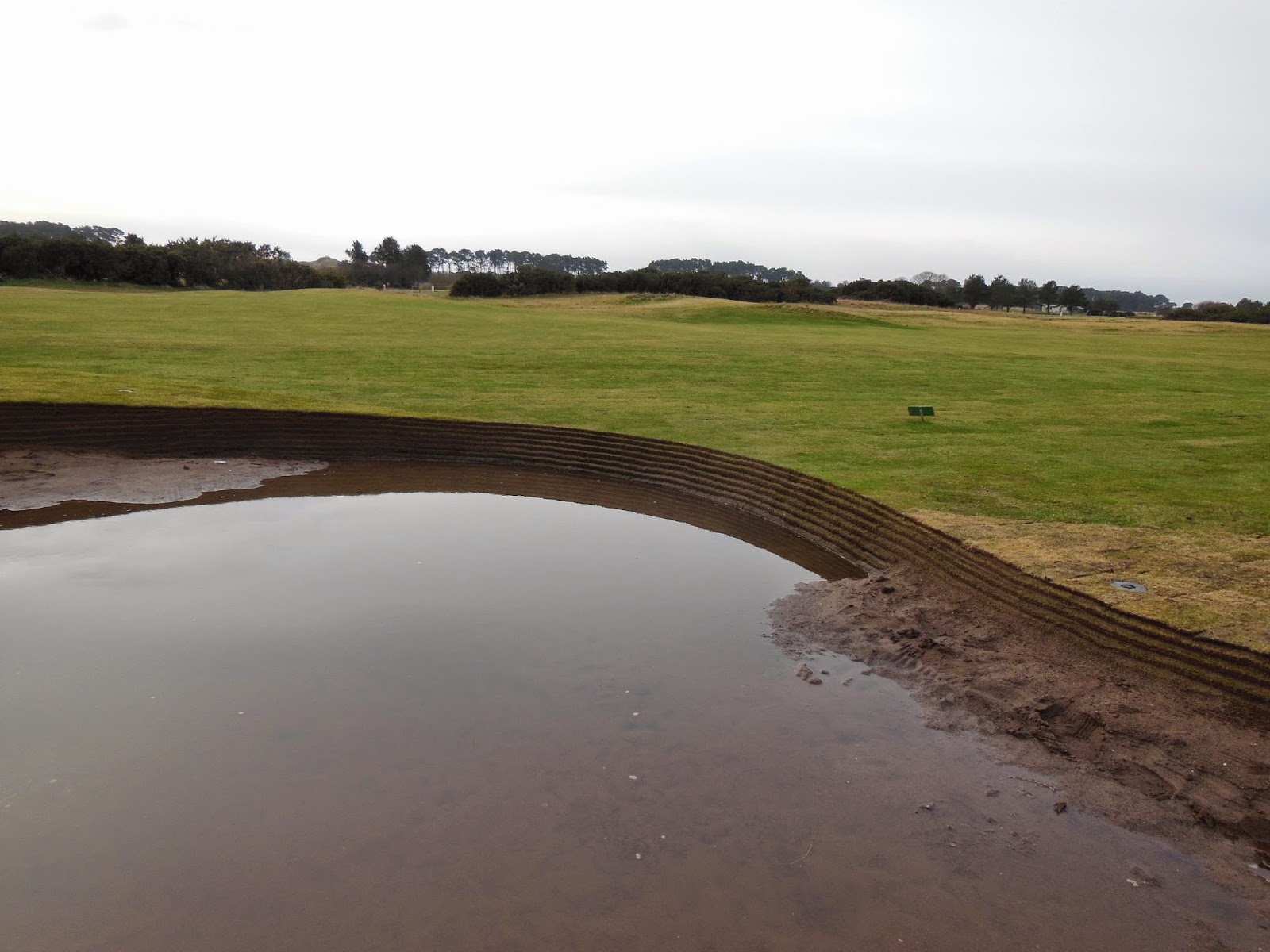 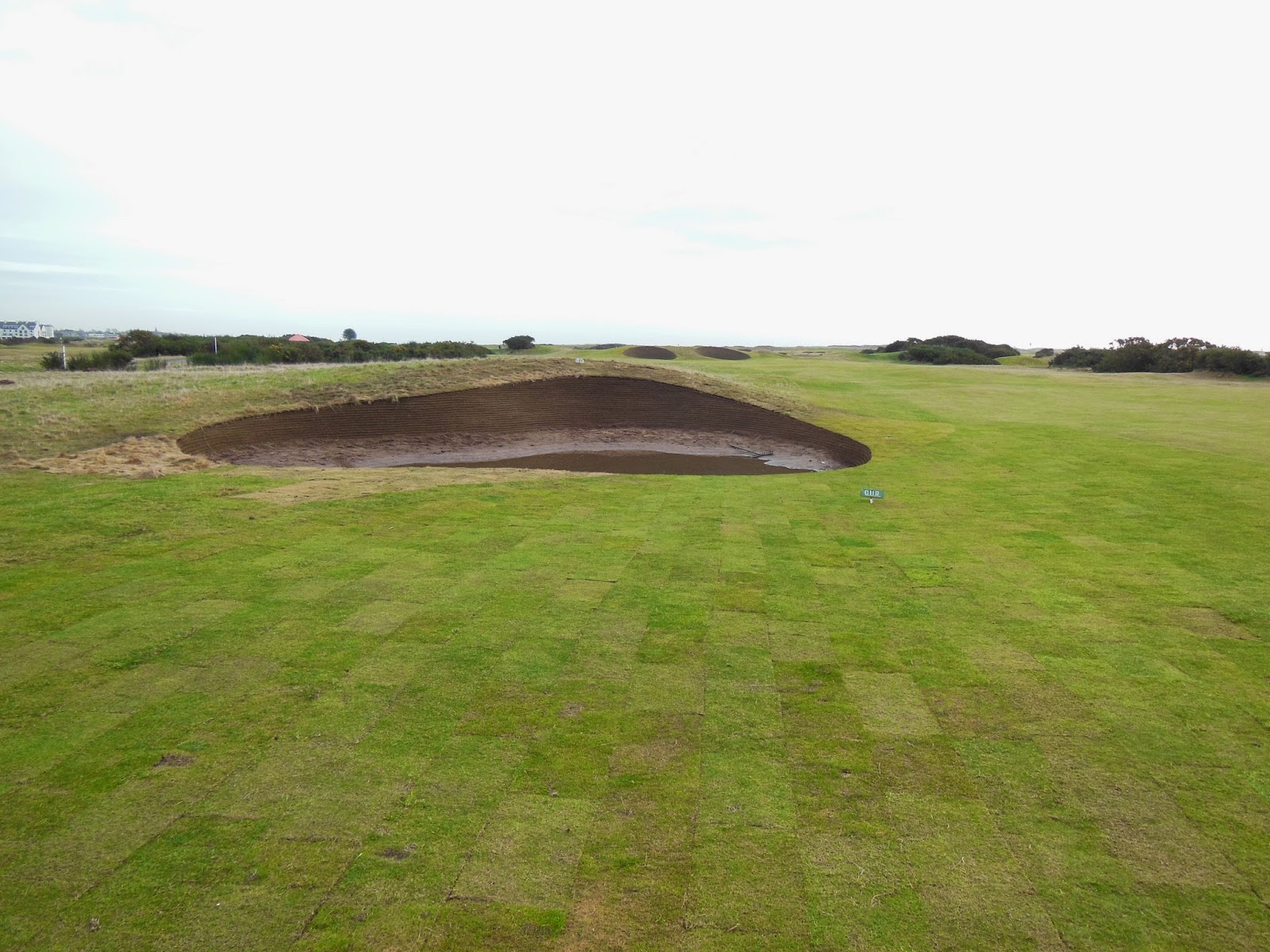 A job well done. A much better shape to the bunker now.

Run-in to bunker raised, just short of Jockie’s Burn on 3rd hole for the same reasons as at 14th. 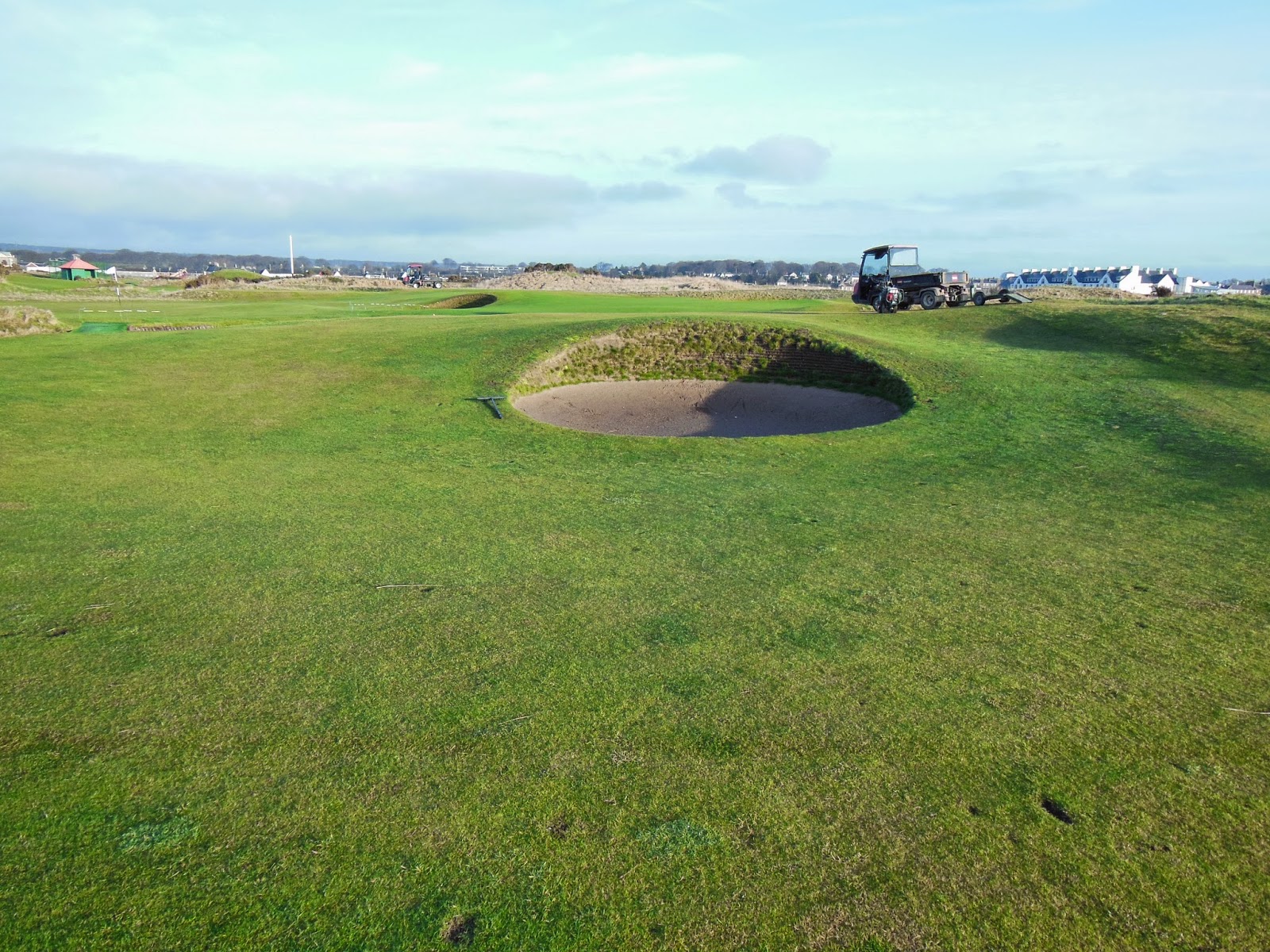 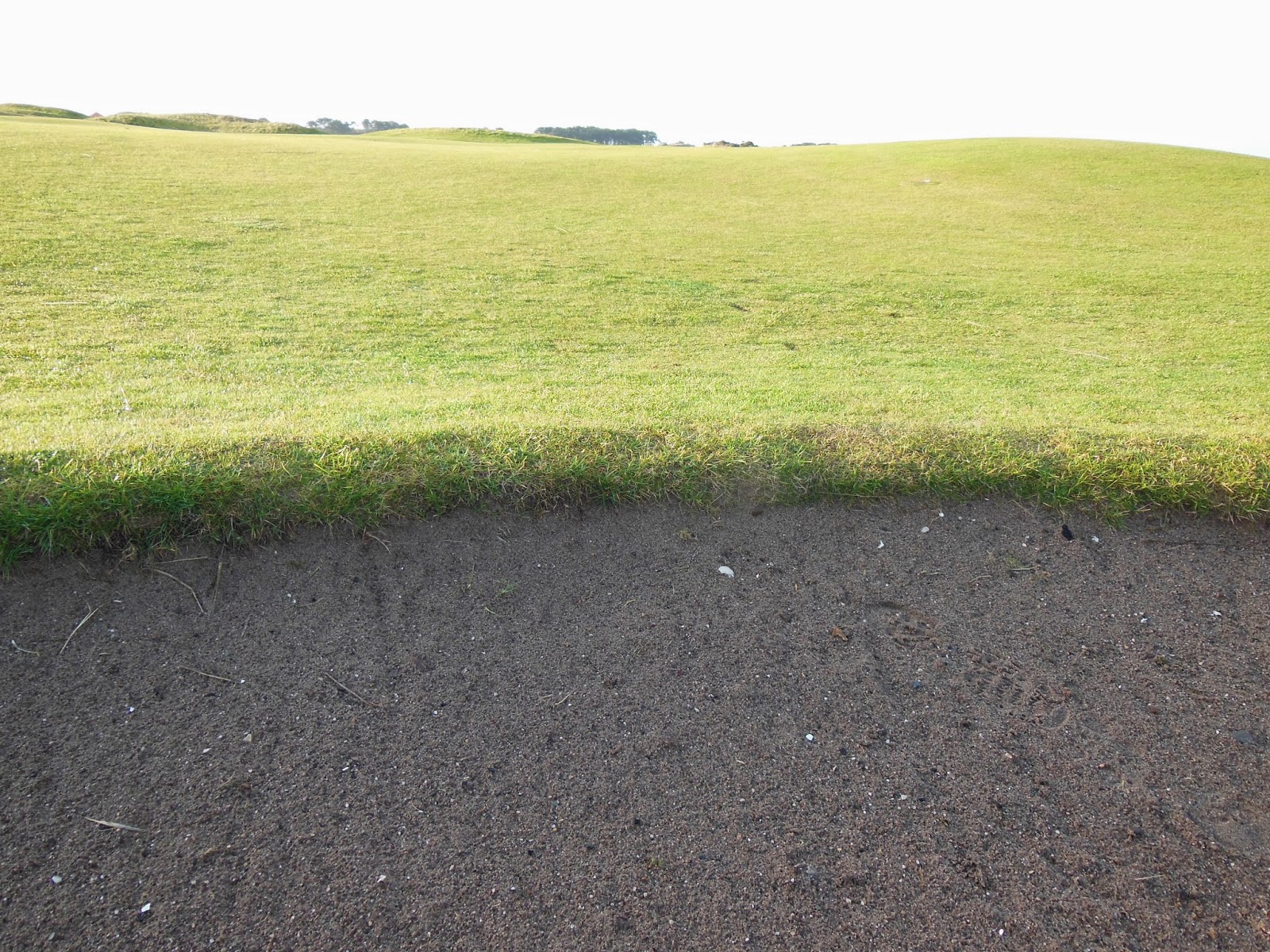 You can see from the pictures before how much this bunker needs to come up.
Organic fertiliser and seaweed granules applied to weak traffic areas as required.

Installation of fibre optics ducting, irrigation cable and mains water pipe down the road between the Championship and Burnside continued. March is always one the busiest months of the year with both winter work to complete and with preparations for the start of the new golfing season such as topdressing, topping up bunkers and making applications of fertiliser, wetting agent and turf conditioners as required.
The favourable weather throughout the winter meant we completed our winter program, which isn’t usually possible, and had more than enough time to do extra little jobs. Great credit must be given to the Championship team for the hard work and dedication they gave over the winter to complete all this work and to have the course looking and playing so well for the start of the season.
The raising of the ground in front of the 10th Ladies tee 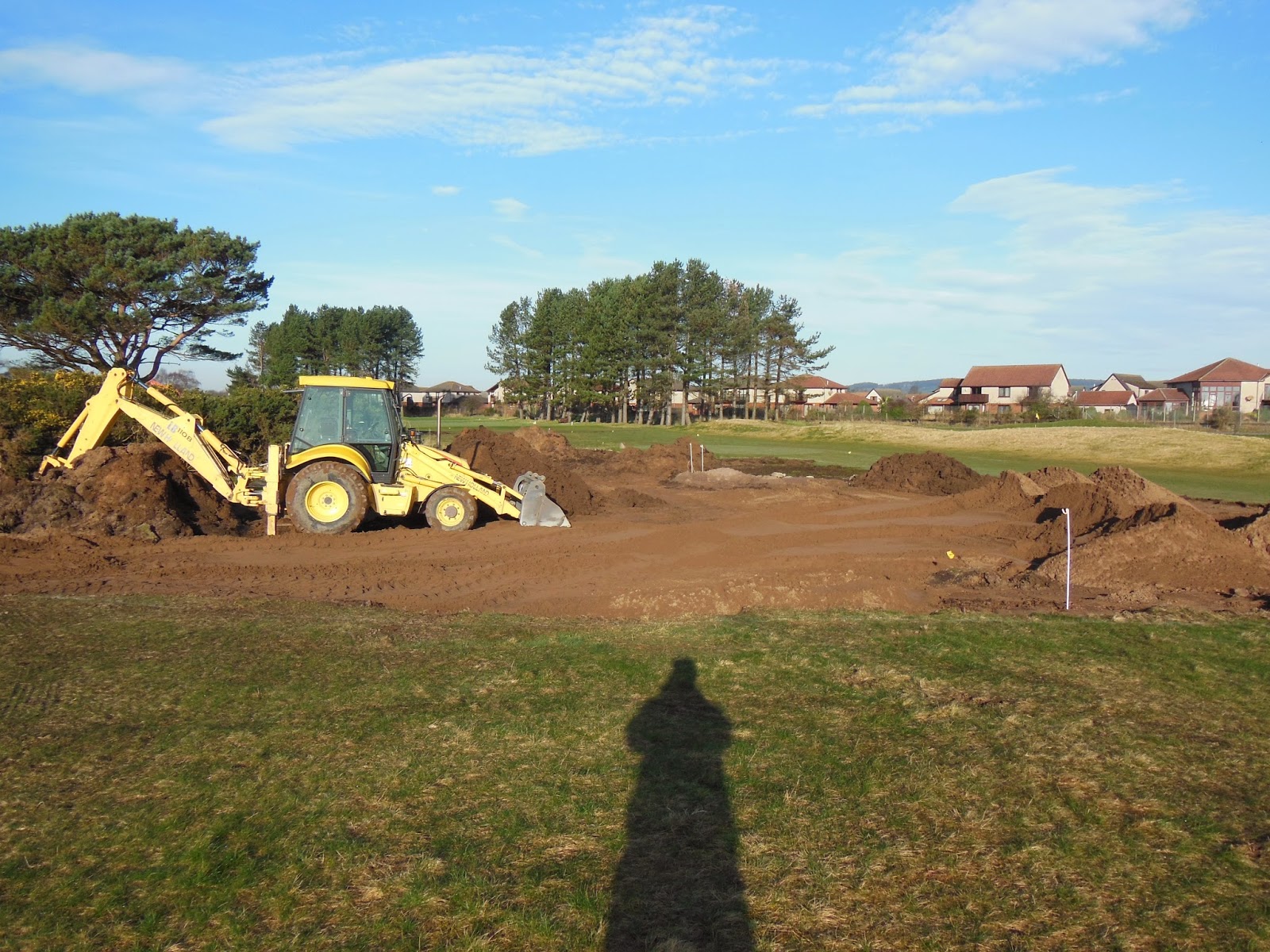 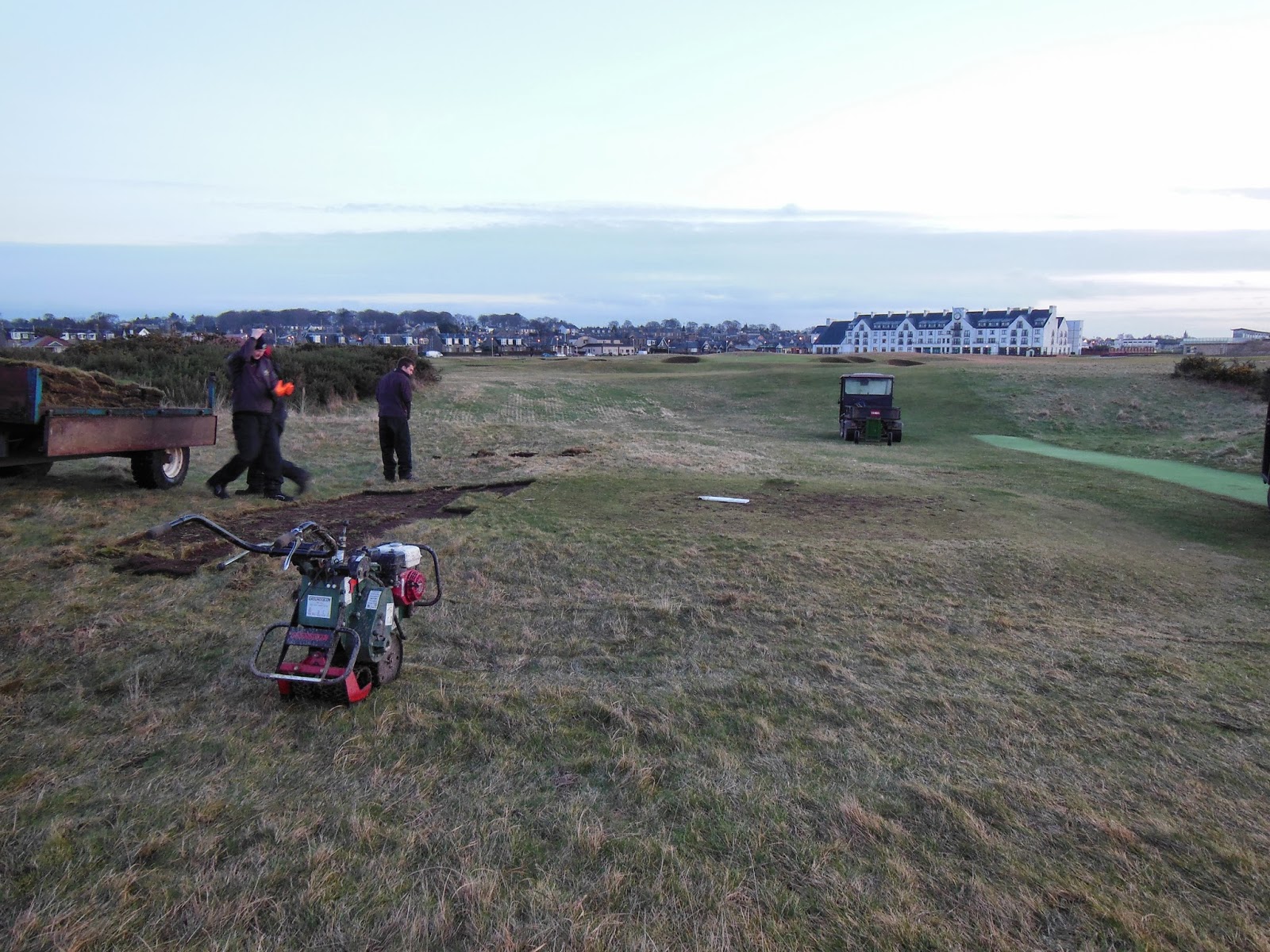 were the main tasks to complete on the Championship but there was also six bunker revetments and a few general turf repairs to complete. 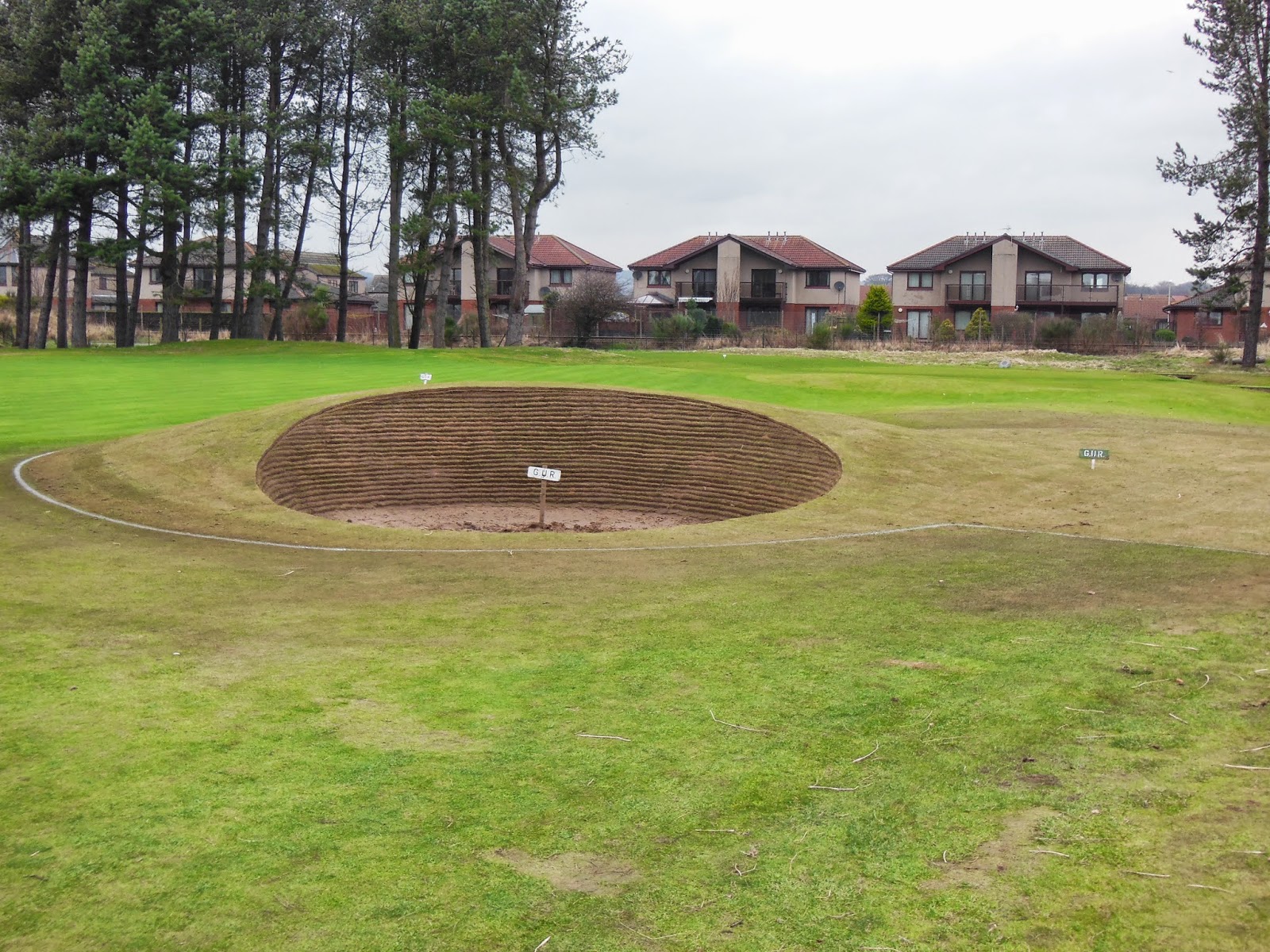 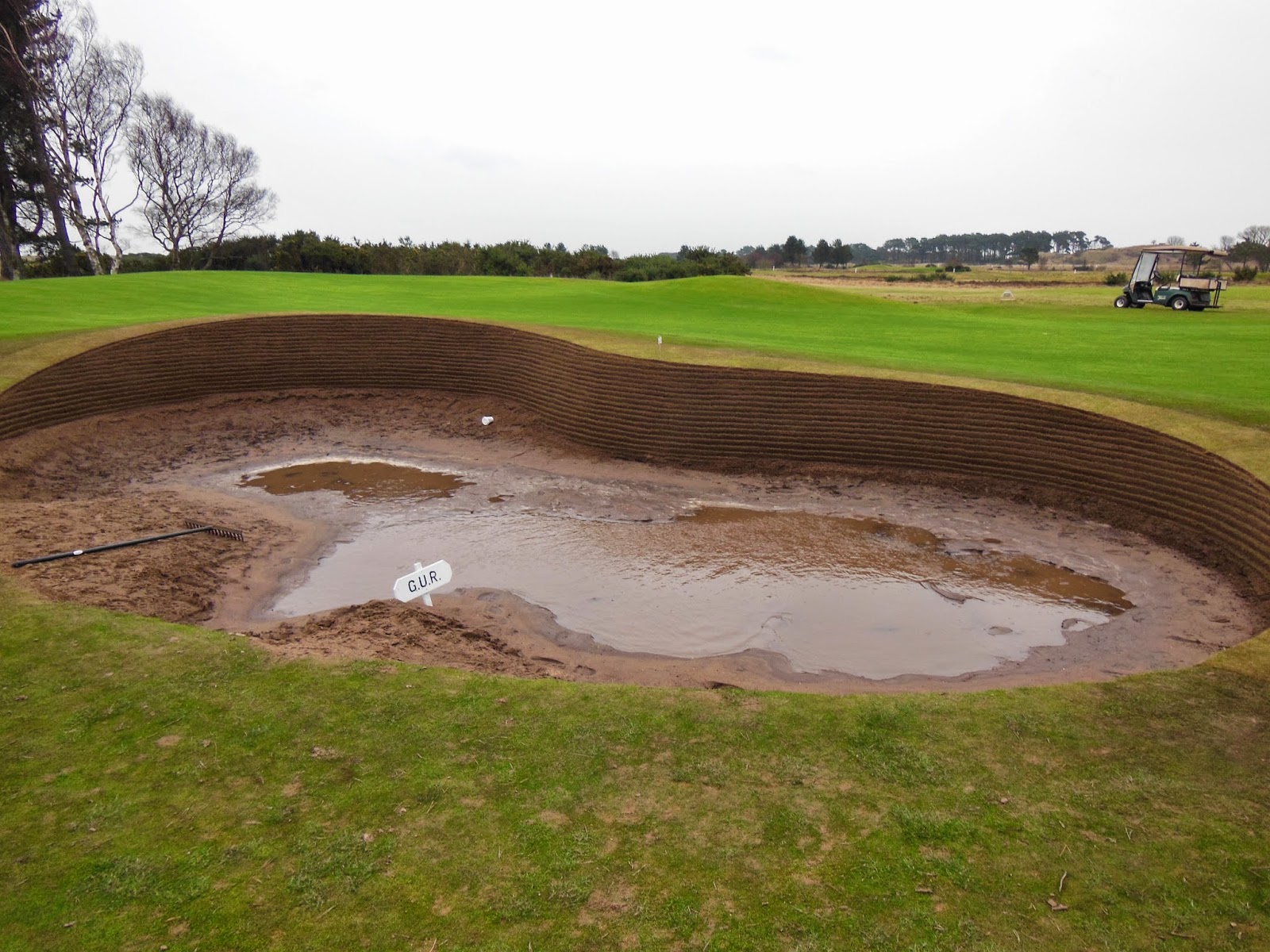 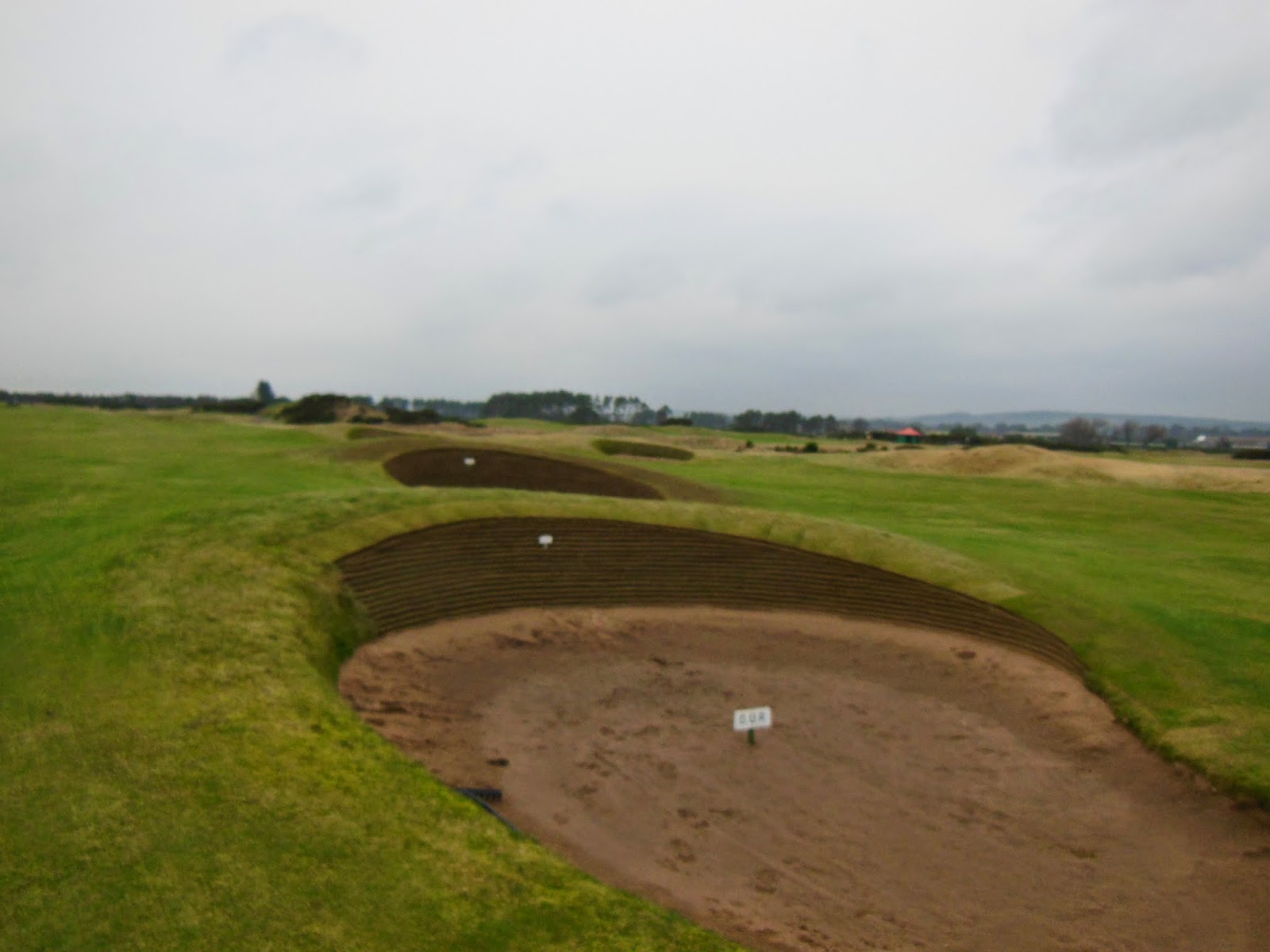 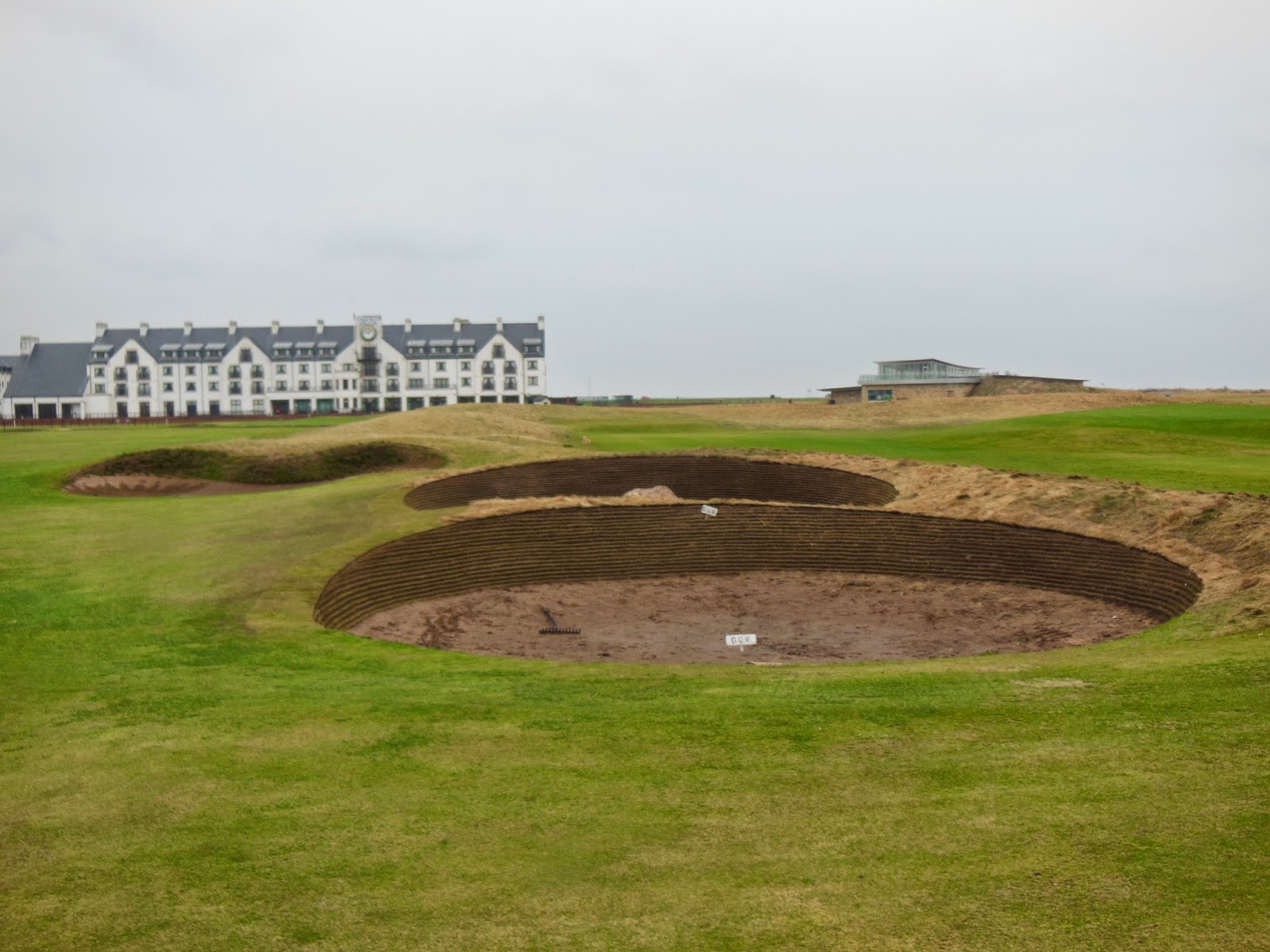 Greens and approaches/surrounds were all fed, another secret homemade mix including seaweed, hoof and horn, blood and that secret ingredient. 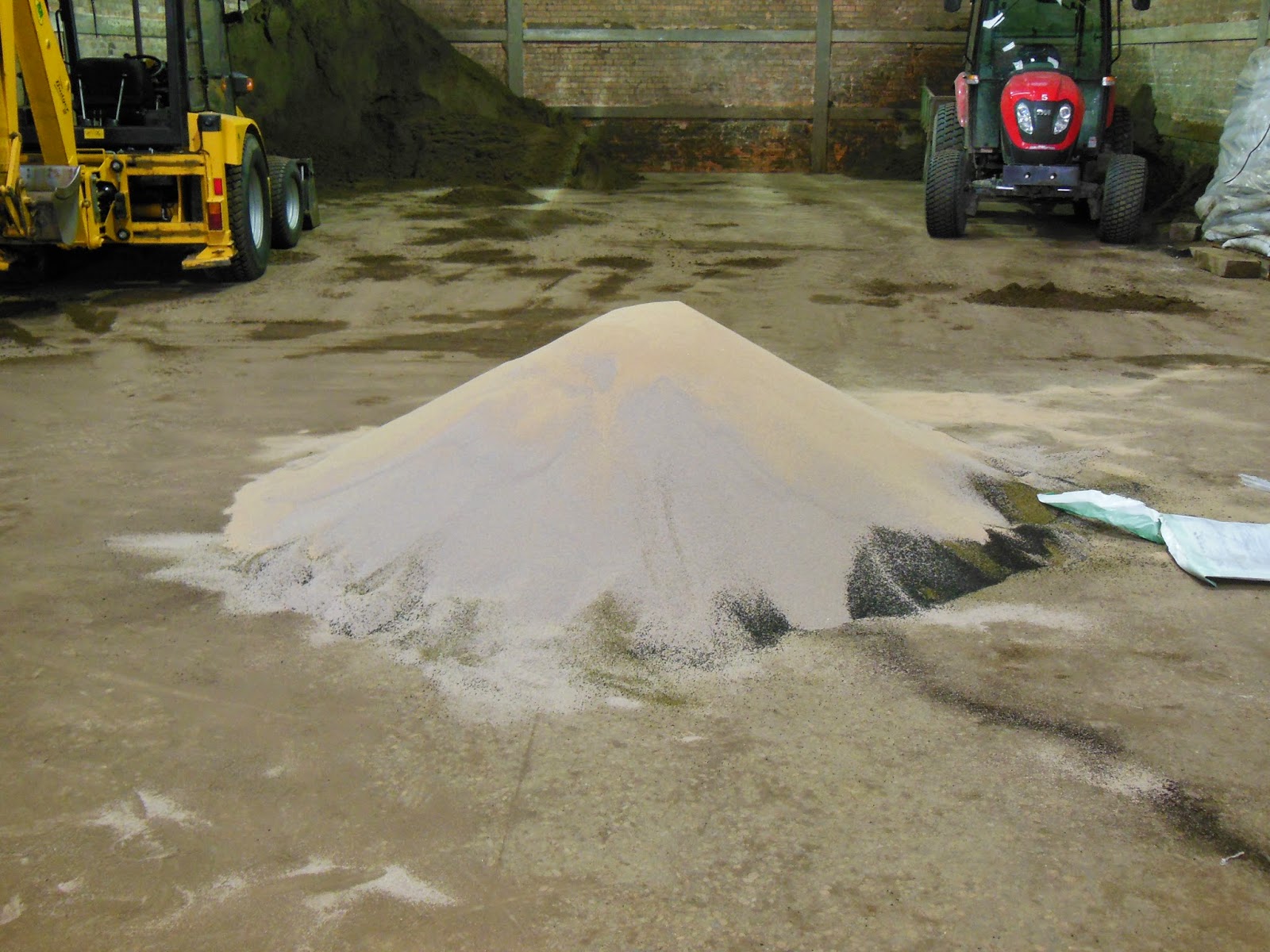 Greens, approaches and surrounds were top-dressed and sprayed with wetting agent and seaweed. 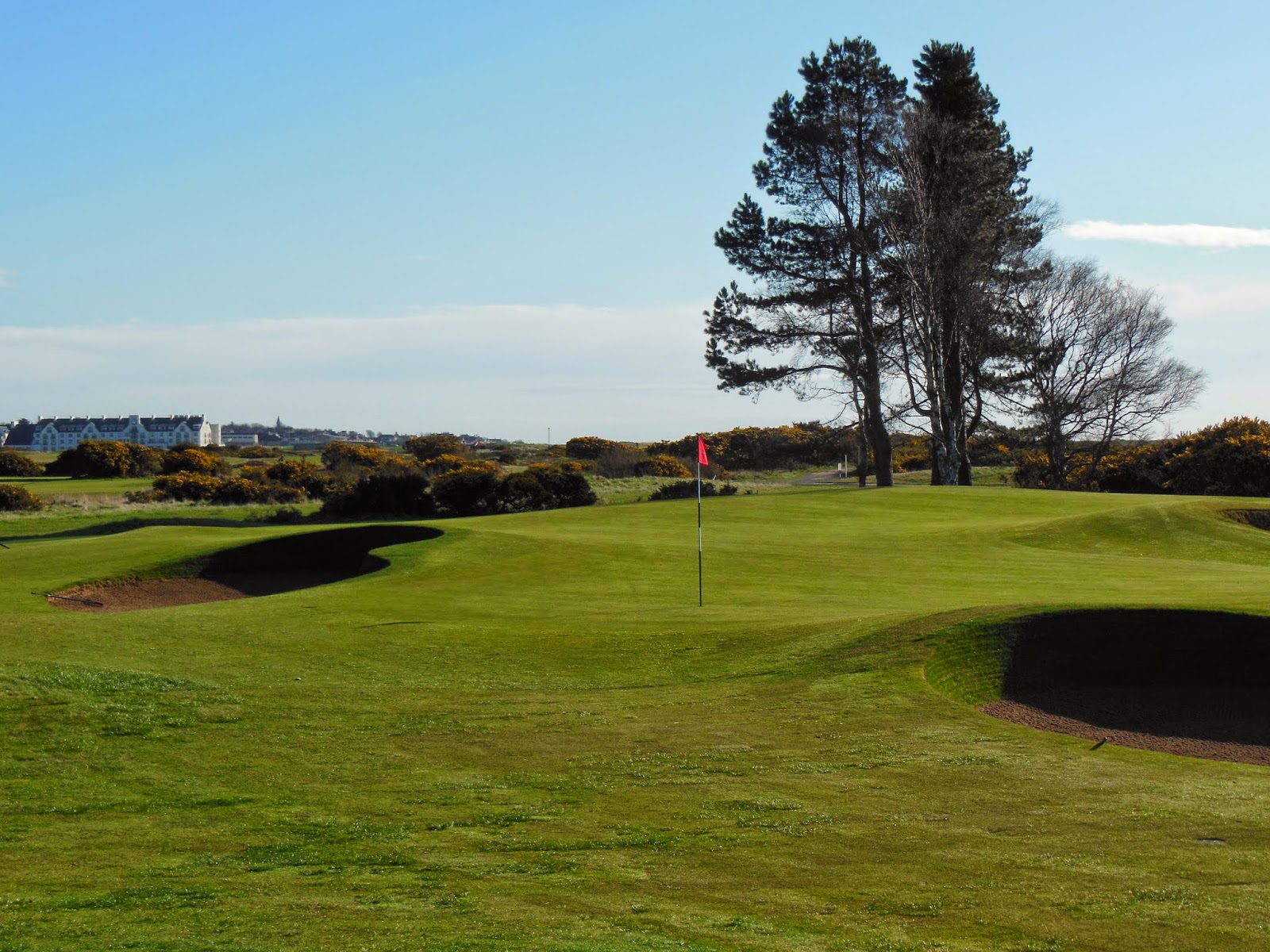 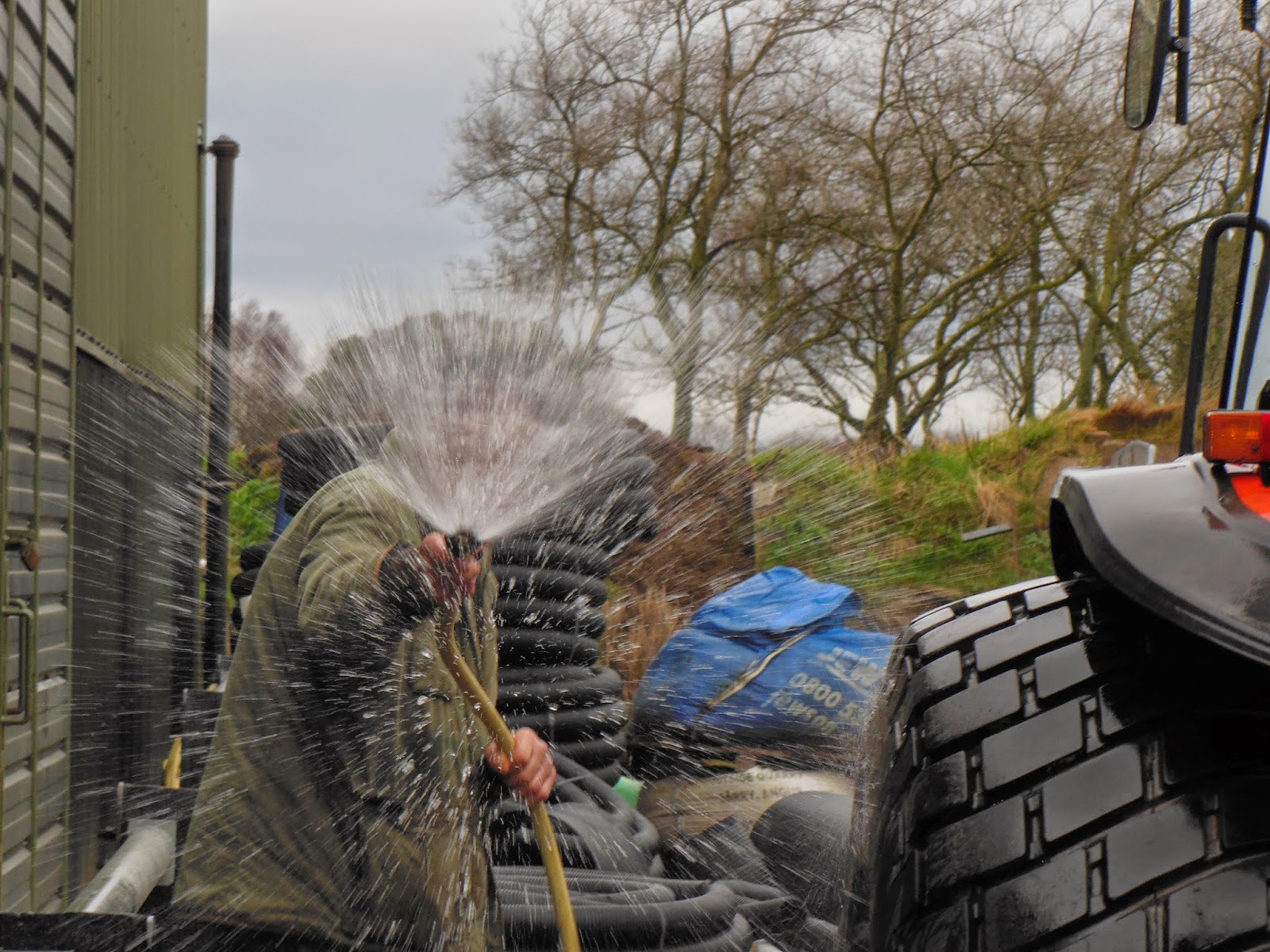 Yes Dangerous Jimmy is still here!!
Dont want to bombard you too much just now, more about April next time.

Posted by Carnoustie Golf Links at 11:15