This week started off with beautiful sunshine. 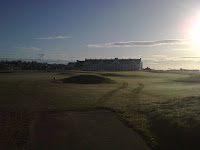 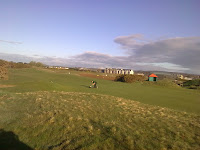 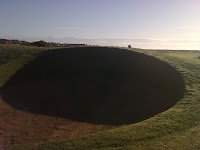 Sandy changing holes and Craig hiding in the shadow of the bunker. 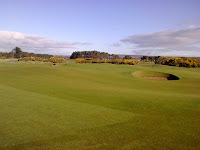 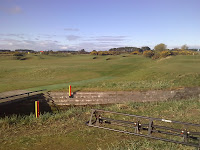 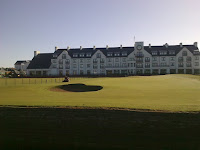 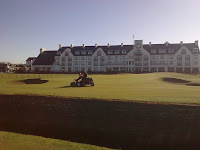 On Tuesday: greens were cut and rolled, bunkers raked, areas around the course were sprayed with total weedkiller (roads, shelters, around the sheds etc) and the burn-wall was cleared of weeds and moss. 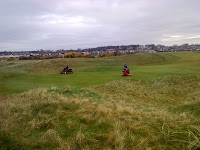 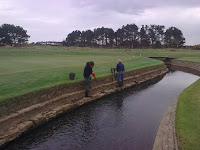 We also found time to core any areas that were affected with the floods. These areas were all top-dressed and over-seeded behind the corer. 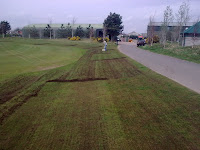 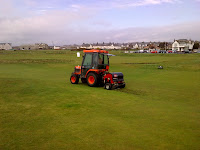 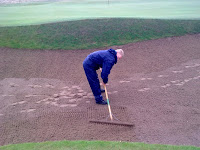 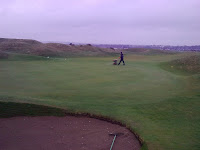 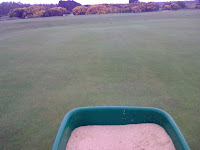 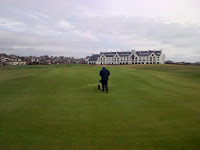 Today, greens dewied then cut when it was dry with the boxes off, total weed killing work was on-going and the tee-banks were flymoed. 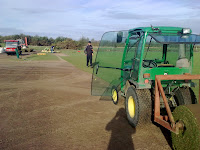 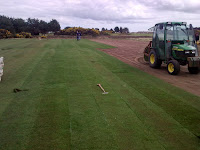 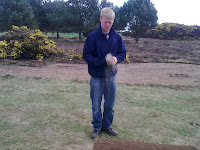 Barry thinking what he's having for his piece. 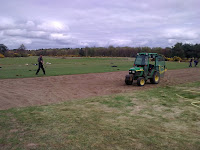 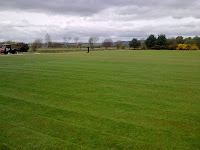 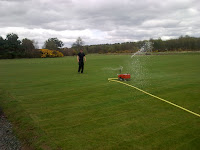 Rain-train has a blocked nozzle....one less mouse in the world. 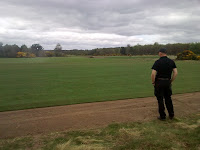 Sandy stands back and admires a good days work!!!
Posted by Carnoustie Golf Links at 08:24