Yesterday, a six man team went round the bunkers 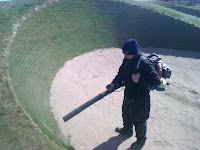 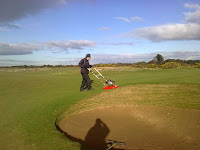 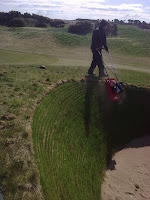 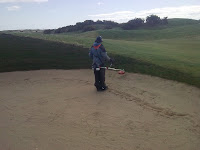 strimming bases , cleaning out and raking. They managed to do all 113 bunkers.

Green surrounds and approaches were all top-dressed as well as Hogan (back) tees. 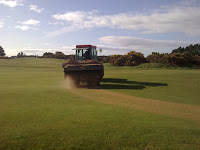 Holes were changed and the arcs on sprinklers were checked.

Today, greens were dewied then rolled and bunker run-ins were cut.

Most of the guys were out at the nursery laying down new turf (which was due at 6am but did nt arrive til 9am). 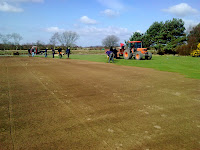 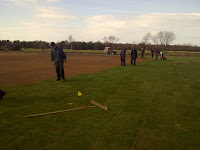 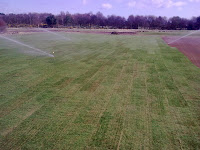 Posted by Carnoustie Golf Links at 08:24