Not long until the start of the season now.
Been a while since my last post so here is a run down off what we have been up to. 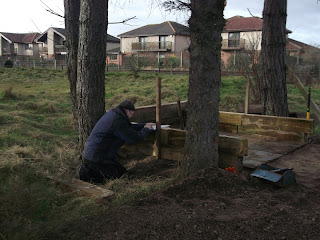 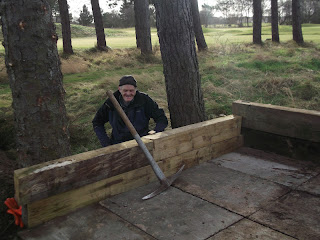 Dangerman Jimmy has been out re designing grass heaps for the new golfing year. 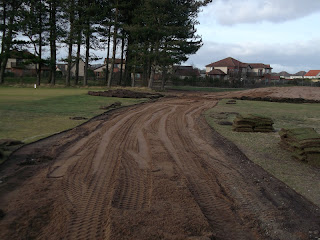 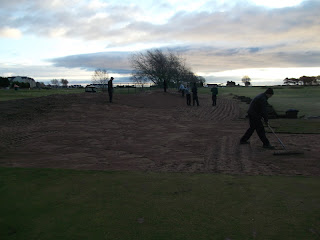 At the 10th, more sand was driven in, the area was shaped, tramped and raked and ready for turf. 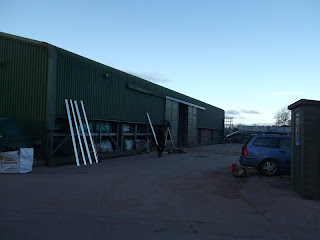 Back at the base, the tractor shed was getting a facelift. New panels replacing the faded and bashed(probably Jimmy) ones. 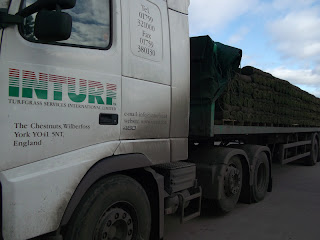 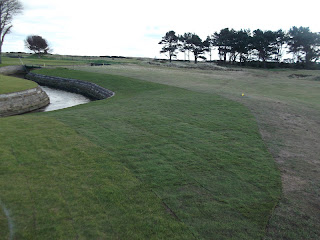 Areas turfed at the 11th wall, 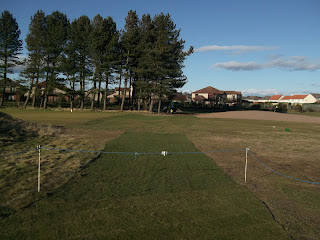 and down at the trackway 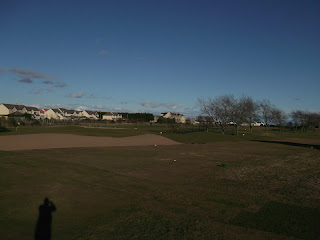 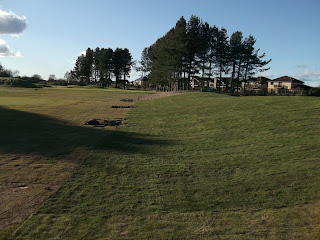 and mounding at the 10th. 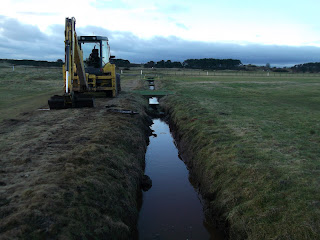 Ditch work is still on-going, digging out the gravel/silt and replacing with fresh gravel. 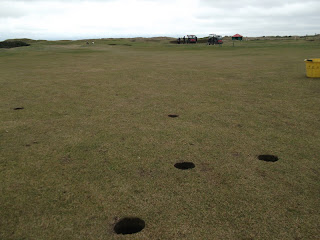 With the mild winter there was not so much heading out divots on fairways this year.
Landing areas at the 3rd, 5th and 7th were given a quick check. 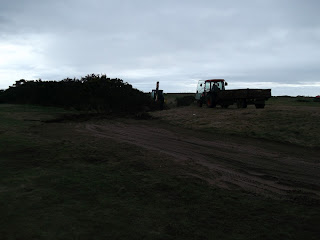 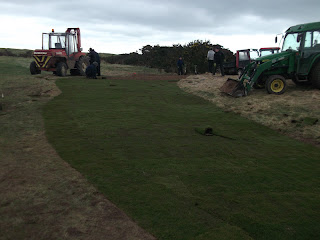 An old road was removed and returfed at the 5th. 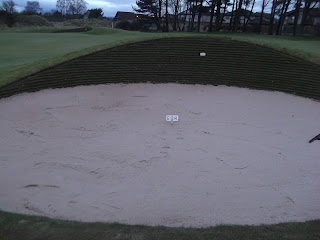 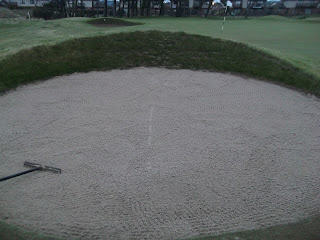 We have two different types of bunker sand trialing at the moment on the 9th approach.
http://www.golf.hughking.co.uk/carnoustie-golf-links
The bunkers on the Championship course are all filled with Tay sand which was dredged from the River Tay near Perth. This proccess was stopped nearly 15 years ago now and we are coming close to using up our remaining stock piles. 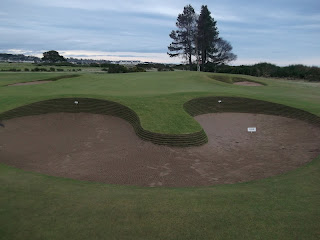 You know its nearly the start of the season when you start shaping bunkers. 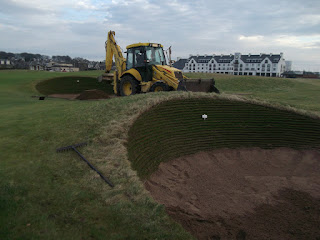 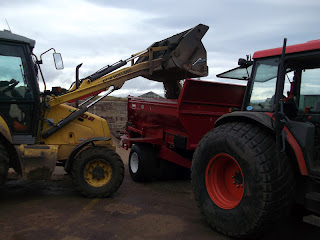 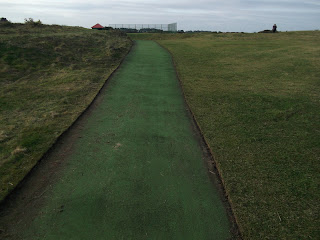 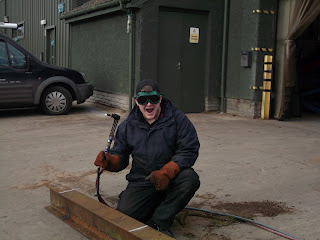 Mechanics are busy as usual getting all the units ready for the new season.
Posted by Carnoustie Golf Links at 05:19