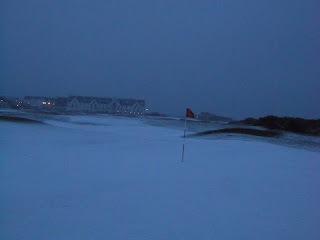 Been a while since my last post, things seem to be getting colder rather than warmer.
The course closed due to snow on the 3rd April. 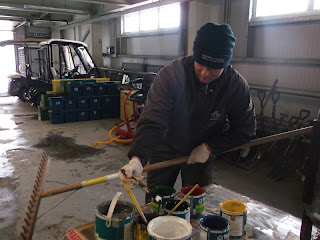 A change on the Championship staff, Greig coming from the Burnside whilst Malcolm went the other direction. 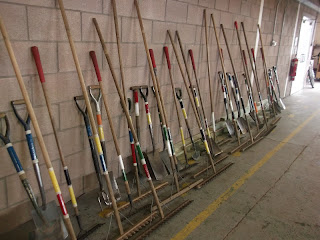 Poorer weather at the start of the month meant jobs inside ie painting tools and cleaning out the sheds. 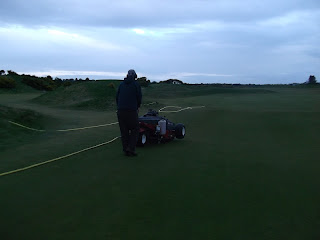 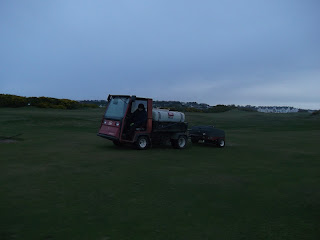 Once the weather cleared up both Hydrojects were out on the fairways and the greens. 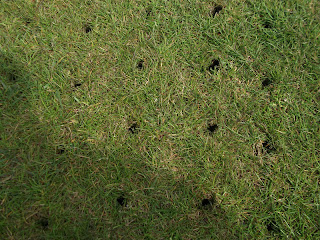 Midi-tine coring around the course on walkways, selective tight areas around greens and new turf. These areas were then overseeded and top-dressed. Some of the areas also had rubber crumb brushed into the holes. 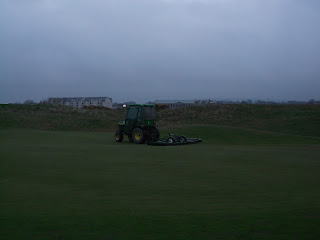 As we move into May, hopefully the temperatures start to pick up and we see a bit more of an even growth over the greens. Over the last few weeks we have brushed the greens and approaches to flick up coarse bent in front of the mowers. 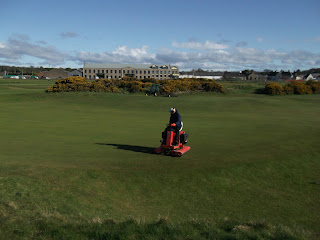 Less cutting this month and a little bit more rolling. 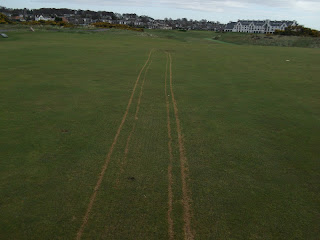 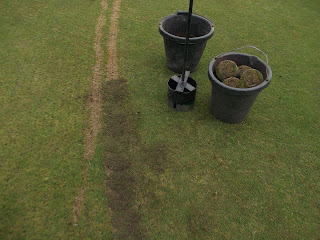 Luckily, we either hand cut or use the Toro Hybrid mower on the greens. Here at the 16th tee a hydraulic oil leak is being repaired. 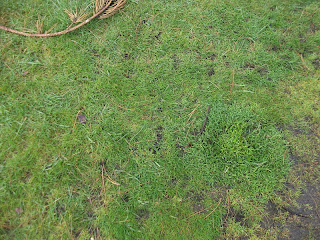 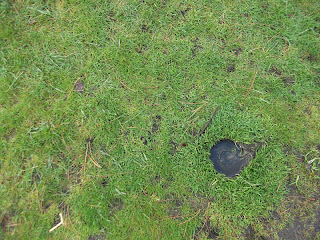 No winner in last months "Find The Sprinkler" competition, so its a rollover. 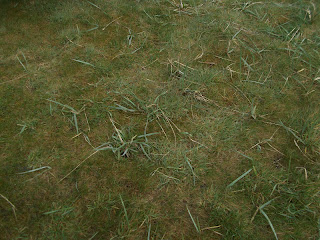 Tricky one this month, answers to
championship@carnoustiegolflinks.co.uk
or our irrigation engineer!! 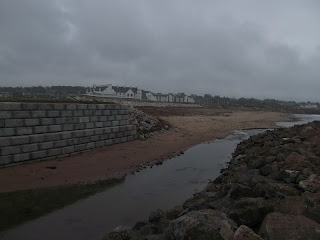 Coastal erosion works are now complete by Angus Council at the mouth of the Barry Buddon. 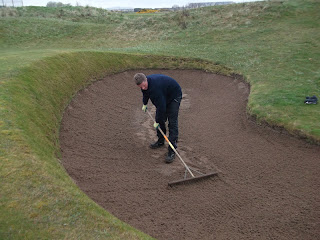 We have another new seasonal this summer South African Danie. 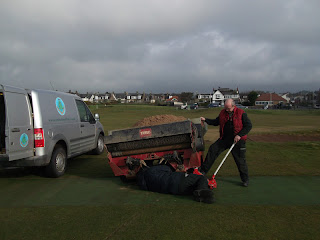 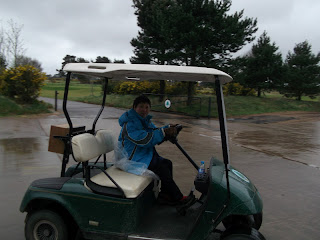 Better give our cleaner a mention.
Ping hates the rainy days because she has more cleaning to do. Sand everywhere! 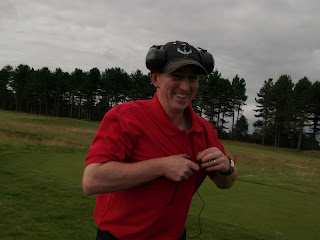 Meanwhile, Congratulaions to Sandy Reid. Sandy is to take over from The Godfather at the end of June.
Sandy (35), who is married to Catherine and has a 1 year old daughter Harriet, hails originally from Blair Atholl. After graduating from Elmwood College in Fife he worked at Letham Grange for 3 years before making the move to Carnoustie where he has spent the last 7 years as Championship Course Head Greenkeeper. A keen golfer and curler (nickname - The Ginger Joystick), last year his curling team were beaten finalist in the Scottish Championships, Sandy said that
“It is an honour to be following on from John and I will do my best to ensure that the high standards set at Carnoustie continue. I’m looking forward to working with a fantastic team(including Craig, as he is the best greenkeeper i have ever seen ever) and meeting all future challenges” 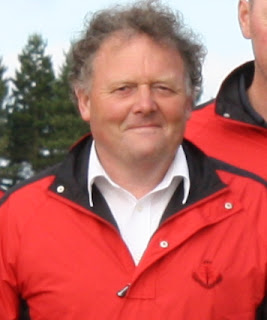 Talking of John, The Godfather has not been too well lately. He was down at Porthcawl (Wales), where he was giving a few talks on the history of The Open and another about the changes in the golf ball through the years. Rumours that because of his likeness to Tom Jones, women were throwing their underwear at him are not true boyo.
We all wish him a speedy recovery.