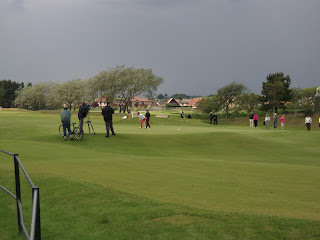 The rain managed to stay off for most of the semi-final and final on Saturday. 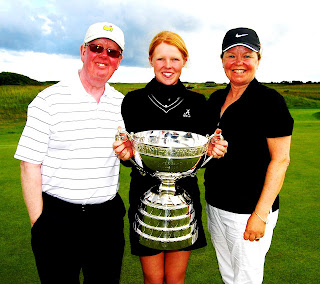 Northern Ireland's Stephanie Meadow is the new Ladies' British Open Amateur champion. She beat Spain's Rocio Sanchez Lobato 4 and 3 in the final with an impressive display of sub-par golf at the gallop - the match was completed in under three hours. The victory earns Stephanie a place in the field for this week's US Women's Open and the Ricoh Women's British Open at Hoylake in September.
Good Luck Stephanie 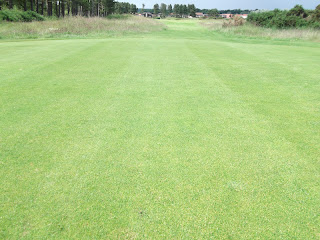 With limited play on the course, plus the rain and the sun, the tees on the course have welcomed the break and have repaired quite well. 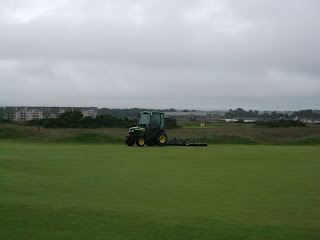 Today out on the course, fairways were cut along with the approaches and surrounds. Greens were brushed 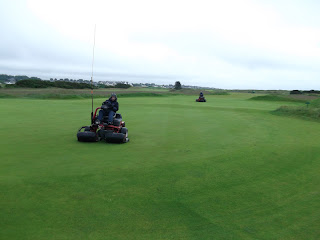 then double cut with the groomers behind to catch some of the lateral growth. 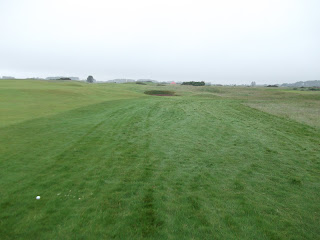 Elsewhere, thick pockets of rough were strimmed and the rough deck was out at 4" cutting thick landing zone areas just off of the semi rough. 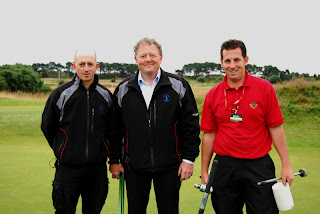 The change of guard started today with Sandy(left) taking over from The Godfather and myself(Craig right) taking over from Sandy.  Things are going smoothly so far (because Sandy is on holiday!!!). John also appeared at work today, i hope he is not expecting to get paid because he is officially retired!!
Posted by Carnoustie Golf Links at 08:39