Another beautiful day on the links, midday temperature up to 20 c. 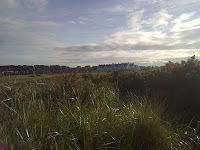 Jobs on the go today were cutting greens and rolling behind, certain weak areas of greens were solid tined , over-seeded and top-dressed. 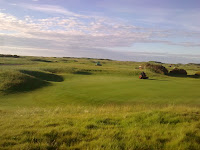 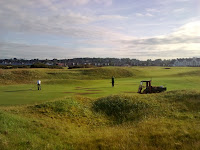 Fairways were cut, tee banks were tidied up in the way of flymo and strimming, raking bunkers and markers moved. 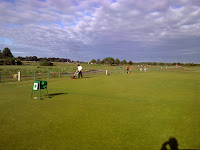 Approaches and green surrounds were sprayed with wetting agent today with a low rate of iron, ammonia and seaweed added in.

Total weed-killing around the starters box and any other bits and bobs was carried out first thing. 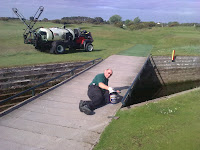 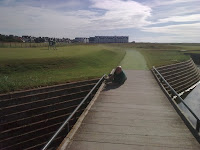 Here's handy man Barry, painting (sleeping) safety barriers on the bridges around the Barry Burn (it's not his personal burn). 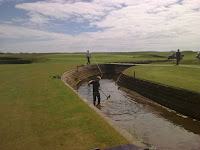 Jobs later in the day included spot weed-killing around the tees, cleaning the burn out and planting flowers in the office garden. 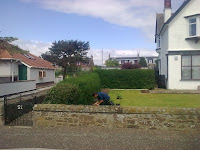 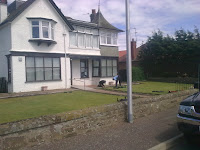 Too late for an award at the RHS Chelsea Flower Show. A few plants are put in including pansies. 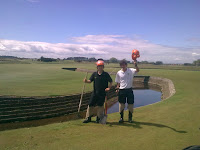 Talking of pansies here's the Kerr brothers after a day in the burn.

Posted by Carnoustie Golf Links at 03:28